Why US inflation is so high, and when prices will stop spiking

The government said its consumer price index soared 6.2% from a year ago -- the biggest 12-month jump since 1990.
AP
By Paul Wiseman, AP Economics Writer 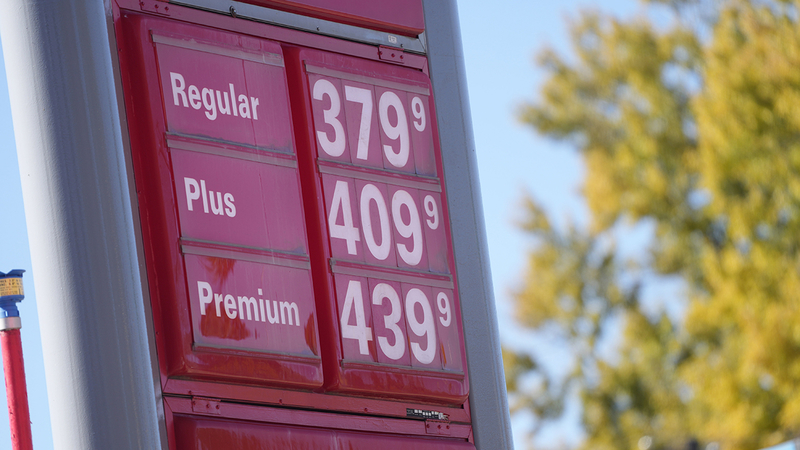 US inflation rises at fastest rate in 3 decades

WASHINGTON -- Inflation is starting to look like that unexpected - and unwanted - houseguest who just won't leave.

For months, many economists had sounded a reassuring message that a spike in consumer prices, something that had been missing in action in the U.S. for a generation, wouldn't stay long. It would prove "transitory,'' in the soothing words of Federal Reserve Chair Jerome Powell and White House officials, as the economy shifted from virus-related chaos to something closer to normalcy.

Yet as any American who has bought a carton of milk, a gallon of gas or a used car could tell you, inflation has settled in. And economists are now voicing a more discouraging message: Higher prices will likely last well into next year, if not beyond.

On Wednesday, the government said its consumer price index soared 6.2% from a year ago - the biggest 12-month jump since 1990.

"It's a large blow against the transitory narrative,'' said Jason Furman, who served as the top economic adviser in the Obama administration. "Inflation is not slowing. It's maintaining a red-hot pace.''

Furniture retailer Ikea is warning of higher prices far into 2022 amid the global supply chain crisis.

And the sticker shock is hitting where families tend to feel it most. At the breakfast table, for instance: Bacon prices are up 20% over the past year, egg prices nearly 12%. Gasoline has surged 50%. Buying a washing machine or a dryer will set you back 15% more than it would have a year ago. Used cars? 26% more.

Although pay is up sharply for many workers, it isn't nearly enough to keep up with prices. Last month, average hourly wages in the United States, after accounting for inflation, actually fell 1.2% compared with October 2020.

Economists at Wells Fargo joke grimly that the Labor Department's CPI - the Consumer Price Index - should stand for "Consumer Pain Index.'' Unfortunately for consumers, especially lower-wage households, it's all coinciding with their higher spending needs right before the holiday season.

The price squeeze is escalating pressure on the Fed to shift more quickly away from years of easy-money policies. And it poses a threat to President Joe Biden, congressional Democrats and their ambitious spending plans.

What caused the price spikes?

Much of it is the flipside of very good news. Slammed by COVID-19, the U.S. economy collapsed in the spring of 2020 as lockdowns took effect, businesses closed or cut hours and consumers stayed home as a health precaution. Employers slashed 22 million jobs. Economic output plunged at a record-shattering 31% annual rate in last year's April-June quarter.

Everyone braced for more misery. Companies cut investment. Restocking was put off. And a brutal recession ensued.

Yet instead of sinking into a prolonged downturn, the economy staged an unexpectedly rousing recovery, fueled by massive government spending and a bevy of emergency moves by the Fed. By spring, the rollout of vaccines had emboldened consumers to return to restaurants, bars and shops.

Costs rose. And companies found that they could pass along those higher costs in the form of higher prices to consumers, many of whom had managed to sock away a ton of savings during the pandemic.

"A sizeable chunk of the inflation we're seeing is the inevitable result of coming out of the pandemic,'' said Furman, now an economist at the Harvard Kennedy School.

Furman suggested, though, that misguided policy played a role, too. Policymakers were so intent on staving off an economic collapse that they "systematically underestimated inflation," he said.

"They poured kerosene on the fire.''

A flood of government spending - including President Joe Biden's $1.9 trillion coronavirus relief package, with its $1,400 checks to most households in March - overstimulated the economy, Furman said.

In a statement Wednesday, Biden acknowledged that "inflation hurts Americans' pocketbooks, and reversing this trend is a top priority for me.'' But he said his $1 trillion infrastructure package, including spending on roads, bridges and ports, would help ease supply bottlenecks.

Millions of retirees on Social Security will get a 5.9% boost in benefits for 2022. The biggest cost-of-living adjustment in 39 years follows a burst in inflation.

How long will it last?

Consumer price inflation will likely endure as long as companies struggle to keep up with consumers' prodigious demand for goods and services. A resurgent job market - employers have added 5.8 million jobs this year - means that Americans can continue to splurge on everything from lawn furniture to new cars. And the supply chain bottlenecks show no sign of clearing.

"The demand side of the U.S. economy will continue to be something to behold,'' says Rick Rieder, chief investment officer for global fixed income at Blackrock, "and companies will continue to have the luxury of passing through prices."

Megan Greene, chief economist at the Kroll Institute, suggested that inflation and the overall economy will eventually return to something closer to normal.

"I think it it will be 'transitory','' she said of inflation. "But economists have to be very honest about defining transitory, and I think this could last another year easily.''

"We need a lot of humility talking about how long this lasts," Furman said. "I think it's with us for a while. The inflation rate is going to come down from this year's blistering pace, but it's still going to be very, very high compared to the historical norms we have been used to.''

Will we suffer a return of 1970s-style 'stagflation'?

The run-up in consumer prices has raised the specter of a return to the "stagflation'' of the 1970s. That was when higher prices coincided with high unemployment in defiance of what conventional economists thought was possible.

Yet today's situation looks very different. Unemployment is relatively low, and households overall are in good shape financially. The Conference Board, a business research group, found that consumers' inflation expectations last month were the highest they'd been since July 2008. But consumers didn't seem all that worried: The board's confidence index rose anyway, on optimism about the job market.

"For the time being, at least, they feel that the benefits are outweighing the negatives,'' said Lynn Franco, the Conference Board's senior director of economic indicators.

With the countdown to Thanksgiving underway, companies are warning that some turkeys and all those trimmings may be harder to find this year.

Economic growth, after slowing from July through September in response to the highly contagious delta variant, is thought to be bouncing back in the final quarter of 2021.

"Most economists are expecting growth to accelerate in the fourth quarter," Greene said. "So it doesn't suggest that we're facing both a tanking of growth and higher inflation. We're just facing higher inflation.''

What should policymakers do?

The pressure is on the Fed, which is charged with keeping a lid on inflation, to control prices.

"They need to stop telling us that inflation is transitory, start becoming more worried about inflation, then act in a manner consistent with being worried,'' Furman said. "We've seen a little bit of that, but only a little bit.''

Powell has announced that the Fed will start reducing the monthly bond purchases it began last year as an emergency measure to try to boost the economy. In September, Fed officials also forecast that they would raise the Fed's benchmark interest rate from its record low near zero by the end of 2022 - much earlier than they had predicted a few months earlier.

But sharply higher inflation, should it persist, might compel the Fed to accelerate that timetable; investors expect at least two Fed rate hikes next year.

"We've been fighting non-existent inflation since the 1990s,'' said Diane Swonk, chief economist at the accounting and consulting firm Grant Thornton, "and now we're talking about fighting an inflation that is real.''