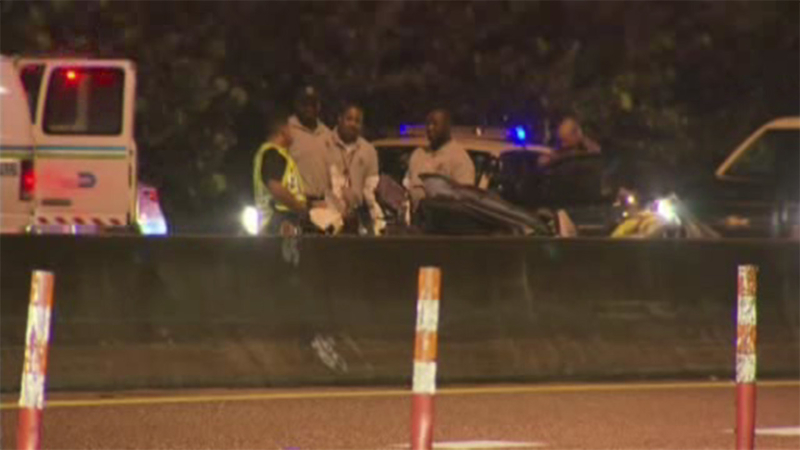 VIDEO: 5 die in wrong-way crash on I-95 near Miami

MIAMI, Florida (WABC) -- Two people from Bridgeport, Connecticut, were among five people killed in a wrong-way crash on I-95 in Florida early Wednesday.

Two others were injured in the wreck, which happened around 1 a.m. in Miami-Dade.

Police say a 23-year-old woman from California was traveling southbound in the express lane when her pickup truck sideswiped a Chevy Cobalt and hit another vehicle head-on. Four adults in a 2013 Hyundai Sonata were killed in the crash. The driver of the pickup truck also died.

All lanes of northbound I-95 were shut down earlier after the crash as troopers investigated.

The two people from Bridgeport, identified as 52-year-old Jose Martin Labrador and 48-year-old Gisela Guil Egui, were visiting Miami for New Years and had just been picked up at the airport when they were killed. Miguel Gil, 47, of Cooper City, Florida, and 71-year-old Gisela Margarita Egui Hernandez, of Venezuela, were the other victims in the Sonata.

The driver of the Cobalt, 27-year-old Katherine Warsch, of Hollywood, Florida, and another injured person were hospitalized in unknown conditions.