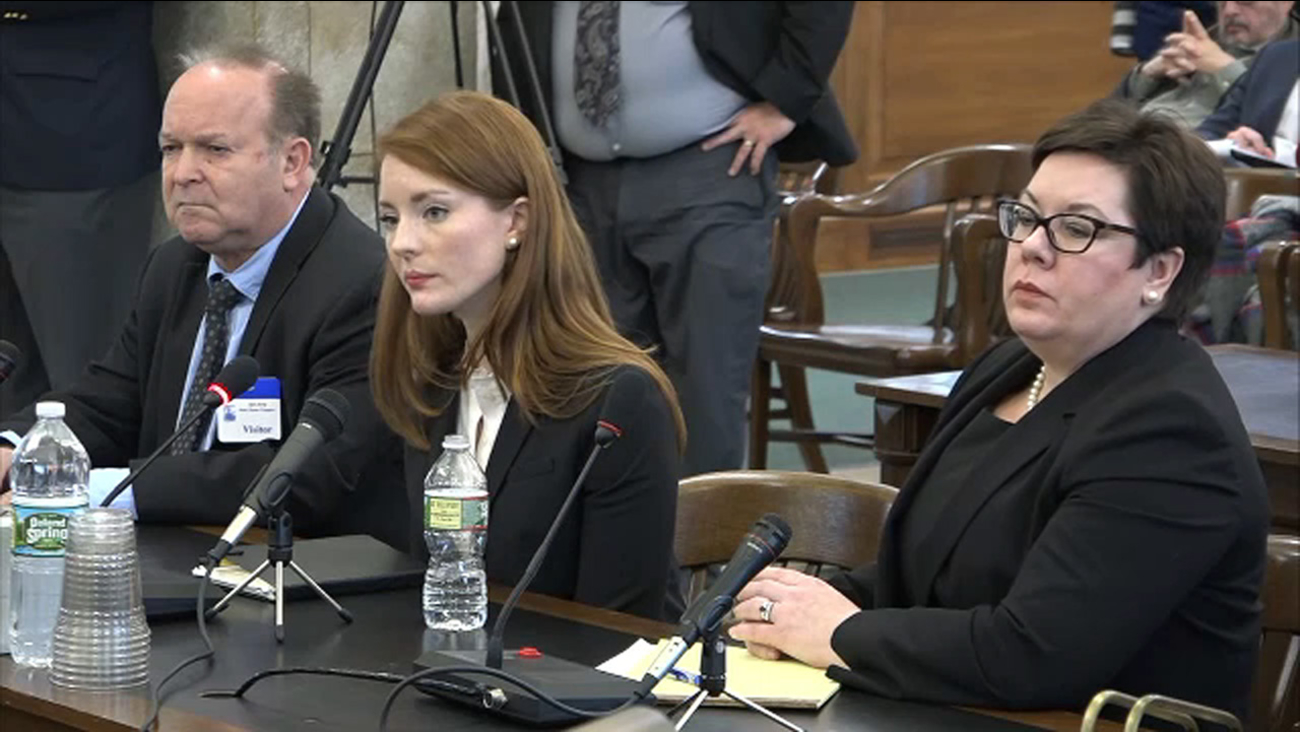 NEWARK, New Jersey -- A New Jersey employee who says Gov. Phil Murphy's staff botched the response to her allegations that a campaign staffer sexually assault her sued the alleged attacker and the state on Monday.

"She pursued every avenue she could ... waved every red flag she could access, and she was ignored. As Ms. Brennan has said, if she cannot get justice through currently available complaint systems, who can?" said Brennan's attorney Katy McClure in a statement.

The allegation dates to October when Brennan came forward in a Wall Street Journal article, saying that Albert Alvarez sexually assaulted her in 2017 when they were both working to elect Murphy, a Democrat. Alvarez has denied the allegations. A message left Monday with his attorney was not answered.

Her suit argues that officials tied to Murphy's transition - who later got jobs in the administration - failed to follow proper state policies for handling her allegations.

Brennan's suit asks the court to release her from a requirement for confidentiality as the administration probes the matter.

She said in a statement that such requirements fail accusers and protect the accused.

Brennan first filed a notice that she might sue last week. The Associated Press does not typically identify people alleging sexual assault without their consent, but Brennan came forward publicly last year.

The lawsuit is separate from a legislative inquiry into the Murphy team's handling of the claims. Legislators have been holding public hearings on the matter, with another set for Tuesday.

Brennan has testified before lawmakers that despite coming forward to police, prosecutors and the governor's transition team, Alvarez was still hired to work in the administration.

Last month, another hearing revealed that Murphy's chief of staff and chief counsel both directed Alvarez to seek other employment, but they stopped short of firing him.

Chief of staff Pete Cammarano told lawmakers he thought it was clear Alvarez should leave, though he stayed on until the newspaper story was about to be published in October.

After Brennan's claims became public, Murphy said he wished Alvarez wasn't hired but he defended how his transition team and administration acted.