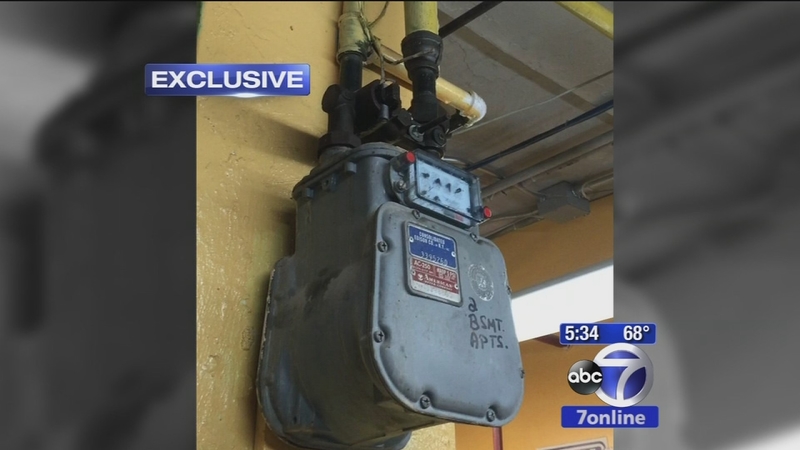 NEW YORK (WABC) -- In an Eyewitness News exclusive, we've uncovered illegal gas lines in apartments in Manhattan and the Bronx.

Gas was piped in that shouldn't be, with gas lines not approved by Con Edison.

We're not talking about a few buildings, but eight large apartment buildings. All owned by the same company and all going around the rules and risking lives to hook-up gas.

"There is a possibility here that the gas line was inappropriately accessed internally by people in the building," said the mayor.

A few weeks after the explosion, we received a tip that numerous apartment buildings in Washington Heights and the Bronx had illegal and potentially dangerous gas hook-ups.

We informed Con Ed, who sent inspectors to the properties and sure enough, they found improperly connected gas pipes and meters at eight buildings.

"We found in many cases they were trying to draw gas thru laundry rooms in pipes and meters that were inadequate to handle the load and creating situation where pilot lights to go out and create gas leak situations," said Con Ed's Mike Clendenin.

Our investigation has been able to confirm that all eight buildings are managed by ALMA Realty and that they were risking dangerous gas leaks.

Con Ed has shut off gas to the laundry and basement apartments at six apartment buildings in Washington Heights.

In the Bronx, gas has been shut off entirely at two buildings leaving hundreds of residents without hot water and cooking.

"Yeah in all but two locations that Channel 7 gave us we found unsafe conditions, we are looking at that and we have forwarded all the info to city agencies."

Con Ed says not only were the connections potentially dangerous but they also involved some degree of theft of gas.

The utility says they find about 150 cases like this a year, the danger of these kinds of illegal gas hook-ups made all to clear to New Yorkers just weeks ago.

Short-cuts when it comes to gas, Con Ed says can be deadly: "Any time you tamper or try to circumvent piping according to code you could be creating hazardous situation," said Clendenin.

ALMA Realty has responded to our investigation by saying, "We are actively working to address, correct and get to the bottom of what transpired at each building. We believe this to be a significant issue and look forward to working cooperatively with ConEd to achieve necessary fixes at each property."