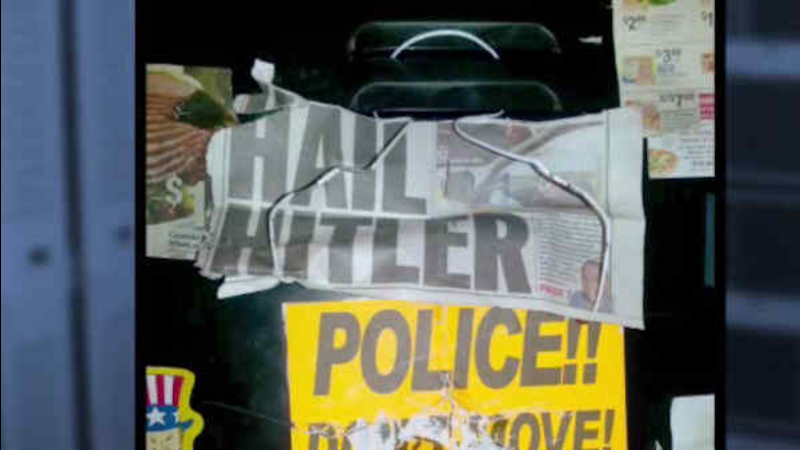 NEW YORK (WABC) -- A former NYPD officer who claims he was the victim of constant anti-Semitic harassment at the hands of his fellow officers is speaking out, describing the relentless torment he was forced to deal with on an every-day basis.

And it's not just his word against theirs. David Attali recorded their anti-Jewish barbs, and for the first time, he has agreed to go public with his recordings.

All Attali ever wanted to be was a police officer, so when he was assigned to the World Trade Center Command, he felt a real sense of pride and accomplishment. It didn't last long.

Soon after, some of his fellow officers started to make jokes about Jews. Attali, an Israeli Jew, initially tried to ignore them, saying they seemed like the occasional workplace joke. But the slurs kept coming, targeted directly at him with increasing cruelty.

"They got very aggressive with it," he said. "Non-stop about Hitler, and 'he did such a good job' and just non-stop every day, every day, references to concentration camps, 'I should throw you in an oven.'"

Attali says the racial and religious attacks intensified, even occurring in front of supervisors.

"Certain officers will come in, regardless of who is standing there, sergeant, lieutenant, no referring to me as David," he said. "It is just '(expletive)' or 'What's up, dirty Jew.'"

The six-year-veteran asked to be transferred anywhere, but it was denied. And that's when Attali started secretly recording the slurs.

This is the first time he is sharing the recordings.

Attali says one officer, Christoper Delbrocolo, relentlessly harassed him and never called him by his real name, only "dirty Jew." He is heard throughout the recordings taking jaw-dropping anti-Semitic jabs at Attali.

"I wish I could go back to the 30s and shake Hitler's hand," he once said.

"This is the only thing I wanted to do," Attali said. "This is the job that I love, this was it."

His dream job had become a threatening, hate-filled nightmare.

The anti-Semitism was also plastered all over Attali's locker, including grocery store pork ads. He eventually filed a complaint with the NYPD Equal Employment Opportunity, which concluded his locker had been vandalized but found his allegations of verbal harassment unsubstantiated.

And so he quit the force. He has since filed a discrimination lawsuit against the NYPD and nine officers, including Delbrocolo. Attali's attorney says the NYPD basically pushed his client out.

"He had to quit," Rocco Avallone said. "He was what we call constructively discharged. They basically forced him to quit once the transfer got denied."