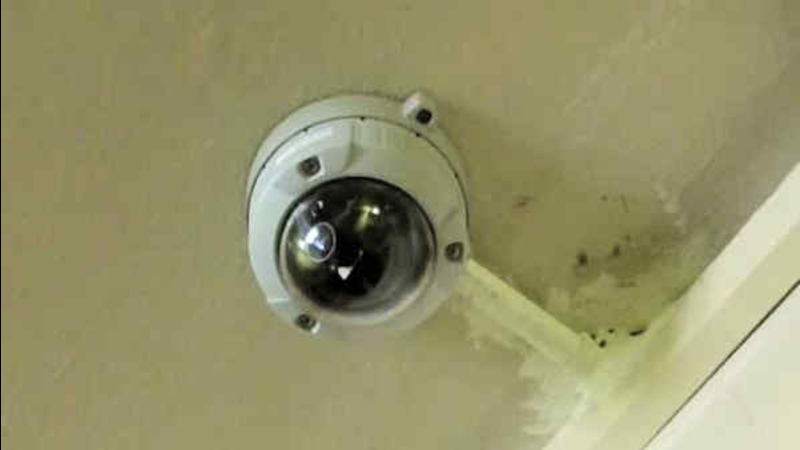 The Investigators: Cameras still hard to find at NYCHA complexes

NEW YORK (WABC) -- The Melrose Houses in the Bronx and the East River Houses in Harlem are just two New York City Housing Authority developments where crime has been a consistent problem, with 14 shootings and eight homicides in the last five years. They've also been linked to the shootings of three NYPD officers, which NYCHA officials said underscored the need for security cameras.

They were given money to install new cameras to ensure the safety of the people living there, but did it happen?

When the Eyewitness News Investigators went to check on city efforts to install them, we were surprised to find fewer cameras than they've had killings. We went up and down stairwells at all the buildings the Melrose Houses, where officers Patrick Espeut and Diara Cruzh were shot in February, and there's still no signs of any security cameras. Stairwell after stairwell, floor after floor, and we didn't find one with a camera.

Nina Cotton lives next to the stairwell where the officers were shot.

Nearly five months since the shooting and with $500,000 available, we found not a single camera has been installed inside the eight buildings at Melrose Houses, even though across the street, at the Jefferson Houses, most of the lobbies have cameras.

"We need the cameras now," one resident said. "There's too much crime in this project....it is a matter of life and death."

Five people have been killed at the Melrose Houses in the last five years, and the Bronx development shares a similar violent history with the East River Houses in Harlem, where Officer Randolph Holder was fatally shot while responding to reports of gunfire last October. A resident of the complex has been charged.

Since 2014, the sprawling 10-building development was on a priority list for security cameras. But still, nothing.

While there are some outside cameras, we found most of the East River buildings have no cameras. Out of 30 entrances, only seven of them had a security camera in the lobby, yet NYCHA said installation is finished based on funding.

"There's no camera, no camera at all," one resident said. "Nobody sees cameras. You see camera? Because I definitely don't see a camera."

NYCHA said they've installed 13,000 cameras through 186 developments and that they will continue to install cameras as funding becomes available. But Pat Lynch, head of the Patrolmen's Benevolent Association, says NYCHA is fudging the numbers.

There are definitely more security cameras in NYCHA housing than just a few years ago, but the lack of them at the two crime-plagued developments raises serious questions about the agency's decisions as to which buildings get cameras, when they get them and how many.

"I would (like to see cameras)," Melrose resident Carolyn Baez said. "I mean, there should be more security in this building. I mean, there's usually a lot of gang members, you never know."