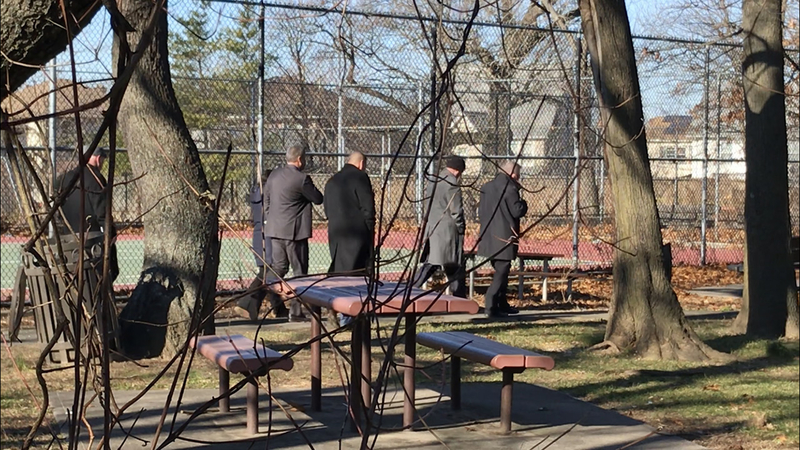 INWOOD, Long Island (WABC) -- Police on Long Island are investigating after a dead body was found behind a community center.

Detectives are on the scene in Inwood, where the corpse was discovered around 9 a.m. behind the Five Towns Community Center at 270 Lawrence Avenue.

The victim, identified as 17-year-old Harold Sermeno, of Far Rockaway. was lying face up in a small wooded area adjacent to and behind the community center.

Sources confirm he was shot and stabbed to death, and authorities said he was struck "multiple times in the body" and appeared to have at least one stab wound.

According to Detective Lieutenant Richard LeBrun, the victim was discovered by a neighbor walking his dog.

Crime scene investigators are scouring the area for clues.

There are no suspects at this time, and no weapon was recovered at the scene. The motive is also under investigation.

When asked whether the murder might be gang-related, LeBrun said, "At this point the investigation is still early, it's very fresh. Will it be one of the avenues we look into? Of course it will."

The acting executive director of the community center refused to comment, except to say, "It's a sad day for the center."