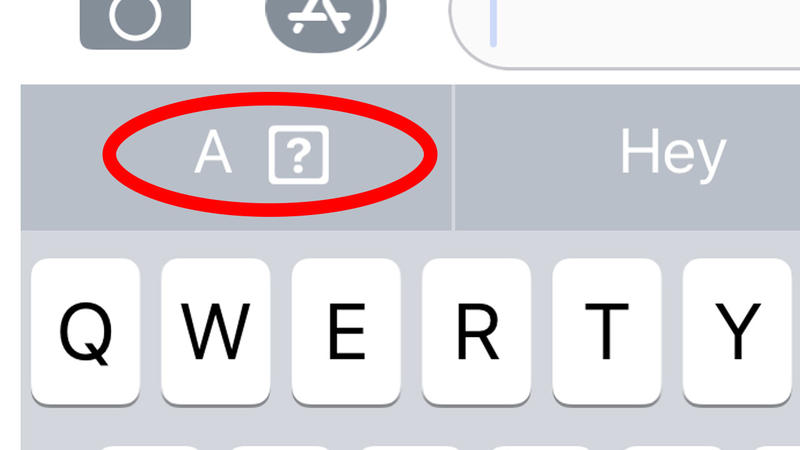 An iPhone glitch is most likely to blame for the unusual messages you've been seeing on Facebook, in text messages and emails.

The problem seems to be happening only with iOS 11.1, which was released last week ahead of the iPhoneX release.

When some users type a lowercase "i" the auto correct feature changes it to an upper case "A" with a question mark.

Apple admits it's a problem and said the bug is impacting iPhone, iPad and iPod devices that are on iOS 11 or later. It's working on an update to fix it, but there's word yet when it will be released.

In the meantime, the company offers this workaround to prevent the odd character from popping up: