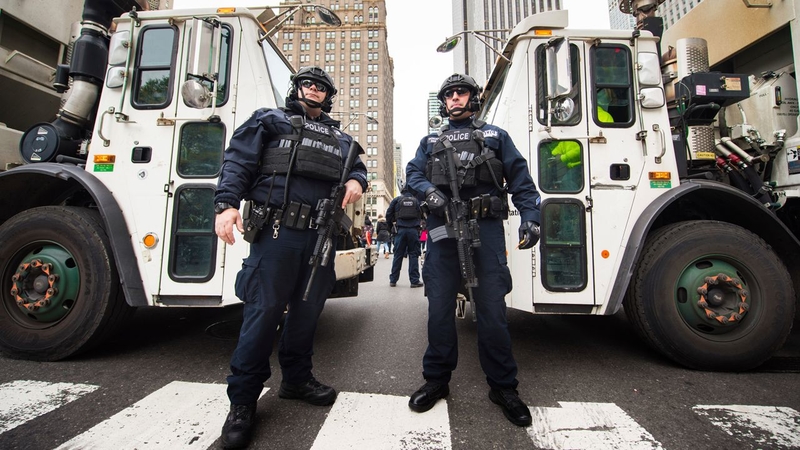 NEW YORK (WABC) -- Federal officials are calling for state and local law enforcement to stay vigilant this holiday weekend after the Islamic State group called for attacks on U.S. churches.

This comes just days after a man who allegedly pledged allegiance to ISIS used a truck to barrel through a Berlin Christmas market, killing 12 and injuring dozens.

The Department of Homeland Security, the FBI and the National Counterterrorism Center issued a joint intelligence bulletin Friday "is intended to remind security planners and first responders to remain vigilant for indications of nefarious operational planning this holiday season."

According to the report, earlier this week, members of a pro-ISIS social media group published a link to a website containing the names and addresses of churches in the U.S and called on supporters to attack them during the holiday season. Additional posts from the site called for more attacks on hotels, coffee shops, street markets and other public places.

The NYPD and the New York Archdiocese have been notified and are aware of the latest warning.

But the parishioners at St. Patrick's Cathedral -- about five blocks from Trump Tower in Manhattan -- are brushing off the warning.

"I don't think there's anything to worry about," one church-goer said.

The NYPD isn't take any chances, though. Its Hercules unit has already flexed its muscle around the city following the Berlin attack, and will certainly be monitoring other potential threats to NYC.

In the past, ISIS has asked its supporters to focus on military installations and law enforcement targets. But now, it appears public places have become the new target. Still, authorities cautioned that there are no specific or credible threats at this time.