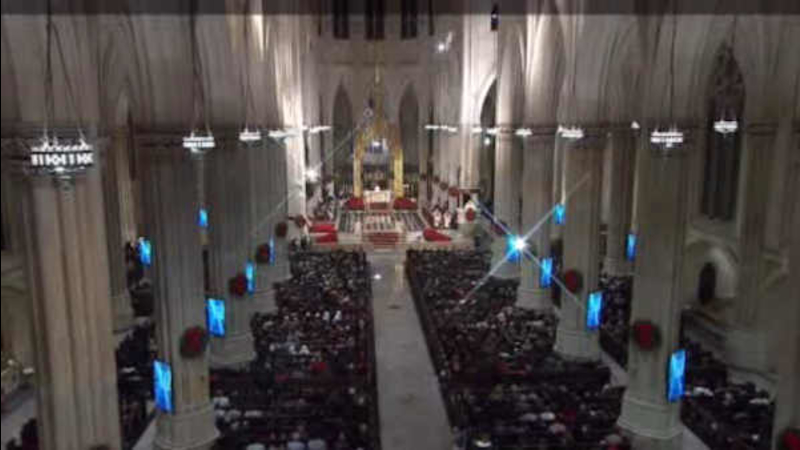 Security stepped up at St. Pat's

The tighter security comes after the FBI issued a warning to churches and public places that draw holiday crowds to be on alert after the latest ISIS threat.

Christians around the globe celebrated Christmas as the clock struck midnight Sunday, with many heading out for a traditional Midnight Mass.

And at St. Patrick's Cathedral and at churches around the country, there was added security amid a call from ISIS to attack target U.S. places of worship.

The terror group claimed they had inspired the truck attack at a Christmas market in Berlin last week.

It was a show of force at Manhattan's most famous church, with the level of security visibly increased as the evening progressed.

The entire block around St. Pat's became a frozen zone, blocked off to traffic and with even the flow of pedestrians tightly controlled.

The NYPD's counter-terrorism unit was out, with heavily-armored officers and the bomb squad posted around the iconic building.

The heavy security followed fresh terror warnings Friday, although the FBI said it is not tracking any specific or credible threats.