Wake held for ivy league student after drowning near Cornell 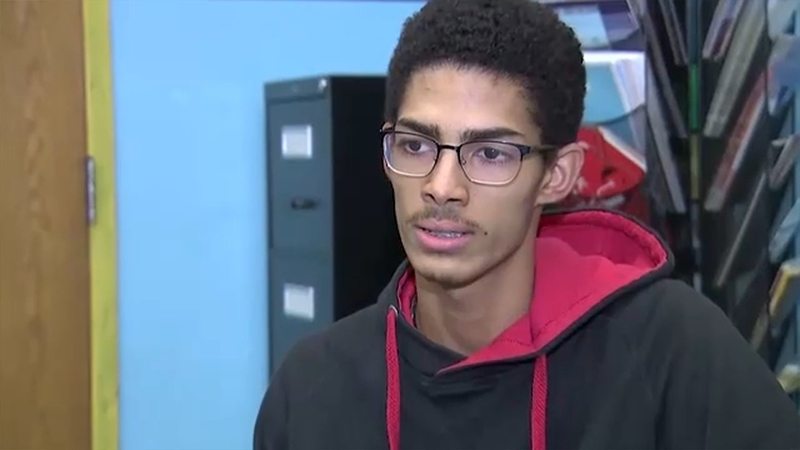 NEW YORK (WABC) -- There was a sorrowful wake Wednesday night for a teenager from a charter school in the Bronx with a promising future.

He was about to enter college when he was found drowned in Ithaca, New York.

They held each other and tried to find some comfort in the headwind of grief they must now walk into.

You may remember Winston. He was a student at Democracy Prep in Harlem.

He was so overjoyed at being accepted at Cornell University, video of him went viral earlier this year. His friends were as happy as he was.

"That was a moment to remember because Winston has been talking about Cornell since the 9th grade when we were just starting out and we were like, he could get there," McDonald said.

Winston was at Cornell attending orientation last week when he went swimming in nearby Fall Creek and drowned.

People who had so much hope for him, so much love for him, are now heartbroken by his loss.

"We thank God for being his parents," his mother said. "We are grateful they found his body and we can honor him and say goodbye."

Winston was just 17 years old. He wanted to study architecture at Cornell.

"I thank God that I was allowed to get to know him for a couple of years, it was a blessing to have him in my life," McDonald said.
Report a correction or typo
Related topics:
new york citydrowningstudent dieswake
Copyright © 2021 WABC-TV. All Rights Reserved.
TOP STORIES
Trooper fires shot while trying to stop car on RFK Bridge
Fauci says omicron variant will 'inevitably' arrive in US
Passengers rush to get back home on busiest travel day of season
Fashion designer Virgil Abloh dies at 41
2 women killed, man critically injured in single-car crash
AccuWeather: Cold and breezy
Canada among latest countries reporting cases of omicron variant
Show More
Vaccine inequity, hesitancy made omicron more likely: Scientists
What is omicron? What to know about new COVID variant
Another French Bulldog stolen from Long Island home this week
COVID Updates: Vaccine makers preparing in case tweaks needed
Suspect wanted in deadly stabbing of 84-year-old woman in NJ
More TOP STORIES News