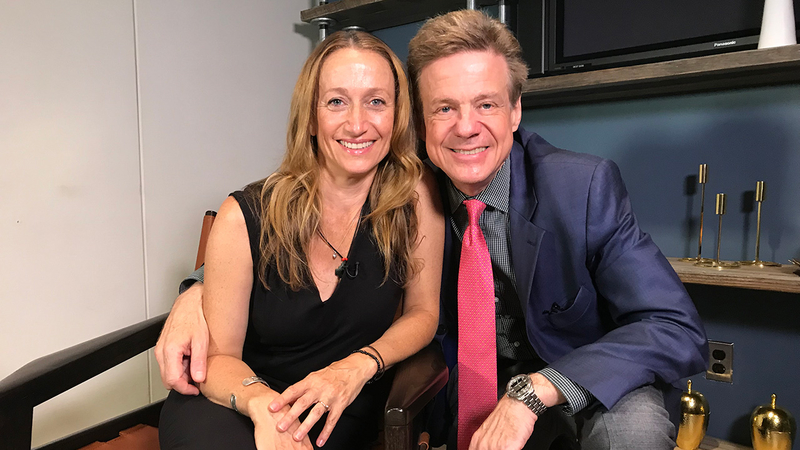 NEW YORK (WABC) -- As a child, I first learned about the importance of protecting the environment from a show on ABC-TV called "The Undersea World of Jacques Cousteau." Now, the famed explorer's granddaughter is continuing his legacy on dry land in the Amazon region of Brazil, where 20 percent of the world's oxygen supply is generated by a vast rain forest.

The people who live in this section of the Amazon are facing extinction and fighting for their survival, as the full force of the 21st Century reaches their doorstep and threatens their way of life. That's why the new documentary is called, "Tribes on the Edge."

Celine Cousteau explains that the roots of the crisis lie in the greed of outsiders, who seek to exploit the abundant natural resources - especially timber and gold.

"Because when those illegal extractions come in, if indigenous people are in their way, typically they'll try to kill them," she says.

Cousteau first came to the region at the age of 9 with her grandfather, who was among the first to alert us to a potential crisis.

It's part of a tradition, as she puts it.

"Growing up in a family like this, nature is just an extension of self," she said.

But Celine insists she was never expected to follow in anyone's footsteps -- that just came naturally to her.

"Maybe the family that defends together, stays together," she said. "I think when you care about something so much, and you protect it, you can't help but be fed by it."

She made "Tribes On The Edge" with help from a foundation started by Nell Newman, daughter of the late Paul Newman. Their friend James Cox also chipped in to help Celine make "a completely independent film, because I wanted to honor the fact the indigenous tribes asked me to tell their story, not sell their story."

Celine, who works with her husband -- cameraman and boat captain Capkin van Alphen, is also a mom. And she hopes to bring 6-year-old Felix into the field with them as soon as he is old enough.

In the meantime, she has launched a Kickstarter campaign to finish her film.