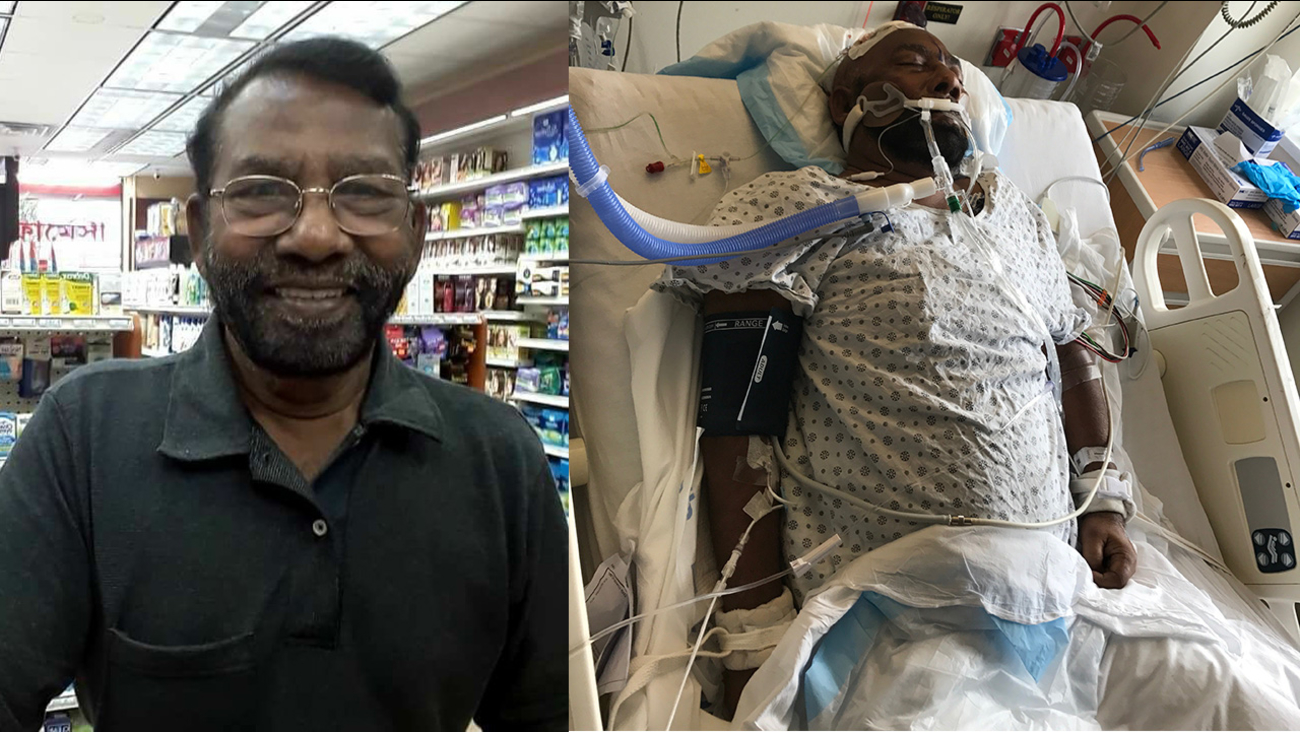 ELMHURST, Queens (WABC) -- A 66-year-old Queens man has died months after he was sucker-punched following a cell phone robbery.

Mohammad Alam was talking on his cell phone when police say a young man grabbed it from his ear and fled on foot heading westbound on Hillside Avenue. Alam gave chase, but as he ran down the sidwalk, authorities say a second teenager punched him in the side of the head. The harrowing assault was caught on surveillance camera.
EMBED More News Videos

Two suspects are under arrest, while the victim remains hospitalized

Alam sustained a contusion to the head and was transported to Elmhurst Hospital Center, where he was listed critical condition before passing away four months later.

The father of two had a disabled wife and was her caregiver, and relatives say he moved here from Bangladesh a few years ago to have access to better medical care.

Police later arrested 16-year-old Shyquan Kimble and 16-year-old Jaleel Steele, both of Queens. They are charged with robbery and assault, but it now expected that those charges will be upgraded.