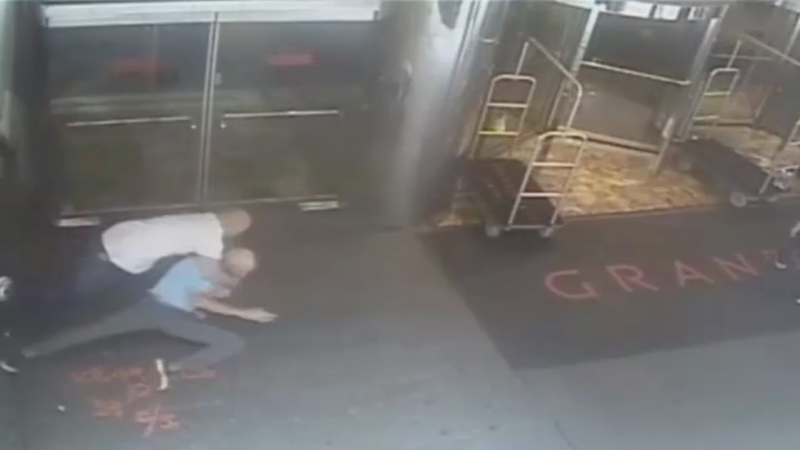 NEW YORK (WABC) -- The president of the Patrolmen's Benevolent Association has penned an open letter in regard to the incident that left former tennis star James Blake thrown to the ground and in handcuffs following a case of mistaken identity.

The letter from Pat Lynch, titled "An open letter to all those inclined to jump to conclusions," is addressed "To all the arm-chair judges" and describes the response to Blake's arrest as a "knee-jerk reaction from the ivory pundit towers who enjoy the safety provided by our police department without understanding the very real risk that we take."

Here is the full text of the letter:

To all arm-chair judges:

If you have never struggled with someone who is resisting arrest or who pulled a gun or knife on you when you approached them for breaking a law, then you are not qualified to judge the actions of police officers putting themselves in harm's way for the public good.

It is mystifying to all police officers to see pundits and editorial writers whose only expertise is writing fast-breaking, personal opinion, and who have never faced the dangers that police officers routinely do, come to instant conclusions that an officer's actions were wrong based upon nothing but a silent video. That is irresponsible, unjust and un-American. Worse than that, your uninformed rhetoric is inflammatory and only serves to worsen police/community relations.

In the unfortunate case of former tennis pro, James Blake, -- who was clearly but mistakenly identified by a complainant -- there certainly can be mitigating circumstances which caused the officer to handle the situation in the manner he did. Do they exist? Frankly, no one will know for sure until there is a full and complete investigation. That is why no one should ever jump to an uninformed conclusion based upon a few seconds of video. Let all of the facts lead where they will, but police officers have earned the benefit of the doubt because of the dangers we routinely face.

The men and women of the NYPD are once again disheartened to read another the knee-jerk reaction from ivory tower pundits who enjoy the safety provided by our police department without understanding the very real risks that we take to provide that safety. Due process is the American way of obtaining justice, not summary professional execution called for by editorial writers.