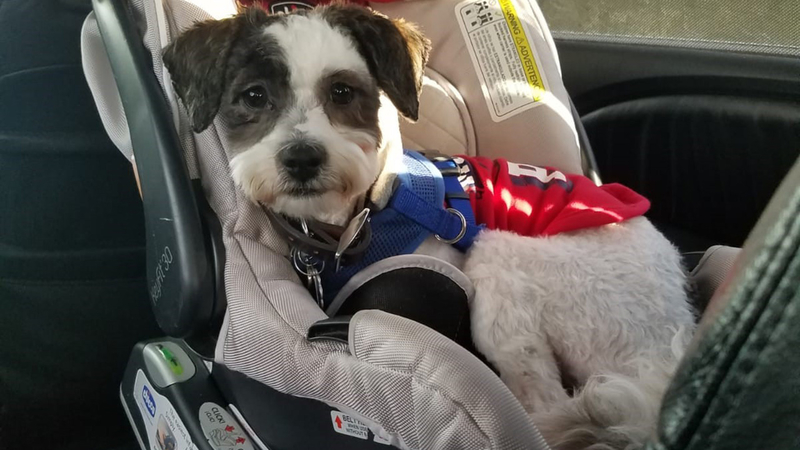 NEW ROCHELLE, Westchester County (WABC) -- A man jumped into action to save a beloved family dog that was hit by a car in Westchester County, footing the massive bill to provide the family with a true Christmas miracle.

Honda of New Rochelle general manager James Gallagher, an animal lover himself with six pooches at home, was at work Monday when he saw Cindy Robledo's 3-year-old Shih Tzu Charlie get hit by a car on Main Street.

"I was terrified," Robledo said. "I was in shock. I couldn't believe what just happened to my dog...He's not just a dog. He is a kid. A human being."

Gallagher rushed to the scene, unsure of what he'd find.

"My biggest concern of course was the dog getting hit again," he said. "I heard it whimpering, so I was like, alright the dog's alive. That's when I knew time was of the essence."

He drove them to the nearest veterinarian, only to be told Charlie needed a specialist because Charlie had neurological and spinal damage and needed immediate surgery.

At the second clinic, they were told that surgery would cost $14,000. But Robledo said her family had suffered financial difficulties, including losing their home, and could not afford the costs.

That's when Gallagher offered to cover the bill and save Charlie.

"I know what it's like to not have the finances to be able to take care of a situation," he said. "And I wasn't gonna let a dog die because of money. Absolutely not."

Charlie came through the surgery with flying colors, but he still faces a tough recovery.

"It's just really shocking," Robledo said. "He's an angel. He's an angel that just came and rescued my dog."

She also vowed to pay him back.

He only wants her to pay it forward.

"I don't want the money," he said. "What I want you to do is just pay it forward when you're in a spot in your life when you're back on your feet."

Charlie is not yet in the clear, though, and doctors say it will take 72 hours to know if he will survive and also if he will be able to walk again.

A GoFundMe account has been set up to help the family cover additional costs.

Meanwhile, Gallagher is reminding us that the best gifts in life don't fit under a Christmas tree, and you can't wrap generosity with a bow.

Sometimes the greatest gifts in life can come from a complete stranger.