Colorado theater gunman believes he gained self-worth with each killing. 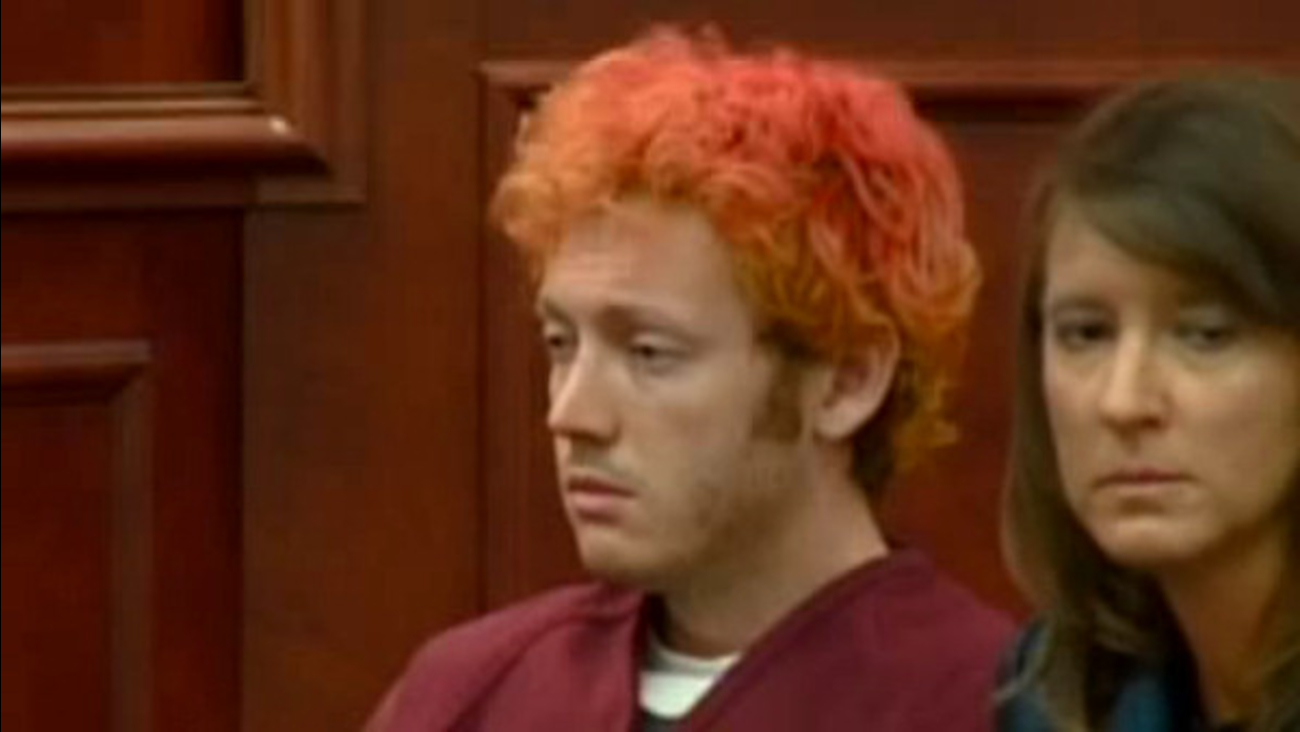 On video, theater gunman says killings got him 'value units'

CENTENNIAL, Colo. -- James Holmes believes he gained a specific amount of self-worth for each of the 12 people he killed in a Colorado movie theater, but he regrets that one of the victims was a child, according to a videotaped conversation between Holmes and a psychiatrist played in court Monday.

In a flat, emotionless voice, Holmes tells psychiatrist William Reid he collected one "value unit" for each person who died.

"I was worth 12 more people than I was before," Holmes says.

Did the wounded count? Reid asks.

"I only count fatalities," Holmes replies.

Holmes also tells the psychiatrist he tried to limit the number of children killed by carrying out the attack at a late showing of a PG-13 movie.

The exchange came during Reid's court-ordered sanity evaluation of Holmes conducted last year. Prosecutors are showing jurors nearly all 22 hours of the interviews, which is expected to take until Wednesday or Thursday.

Holmes has pleaded not guilty by reason of insanity to the July 20, 2012, rampage at a suburban Denver movie theater during a midnight premiere of a Batman film.

Defense lawyers say Holmes had severe schizophrenia, which distorted his sense of right and wrong. They want him to be committed to the state mental hospital. Prosecutors argue Holmes should be convicted and executed.

Reid concluded Holmes was legally sane at the time of the attack.

"Whatever regret he had, he makes it clear that getting the points and killing the people was worth it," Reid said Monday under questioning by District Attorney George Brauchler.

On video segments played Monday, Holmes says he knew his planned attack was "legally wrong" and referred to it as a crime. He made similar statements on segments played last week.

On another part of the video, Holmes tells Reid that human life has value, and by taking lives, he added to his own worth.

"Anything they would have pursued gets canceled out and given to me," he says.

Asked by Reid if that calculation still makes sense to him, Holmes replies, "Yeah."

As Holmes and Reid spoke on the video, Sandy Phillips - whose daughter Jessica Ghawi was killed in the theater - broke down in tears and was escorted from the courtroom by a victim's advocate.

The youngest victim of the attack was 6-year-old Veronica Moser-Sullivan. On the videotape, Holmes says he was remorseful and sad when he learned she was killed.

"I tried to minimize child fatalities by choosing a midnight PG-13" movie, he says. But he says he would have gone through with the attack even if he had known a child would die.

"I think I still would have carried it out," he says.

Holmes refers to the wounded as "collateral damage." He says he regrets they were hurt, but "I didn't figure the collateral damage had anything to do with me after the crime."

Other highlights from the videotape shown Monday:

- Holmes says a symbol he drew in a notebook, on a calendar in his apartment and in his jail cell signified his belief that any problem could be solved with death. The symbol is a circle containing the numeral 1 and a horizontal figure-8 infinity loop. He called it an "ultraception."

- He says he took cellphone photos of himself and his weapons before the attack "to be remembered."

- Holmes says he wore body armor and carried first aid equipment and tire spikes in case police shot at him and they followed him in his car.

"I wanted to be protected in case it came to a shootout between the police and me," he says. Officers arrested him without a struggle just outside the theater.