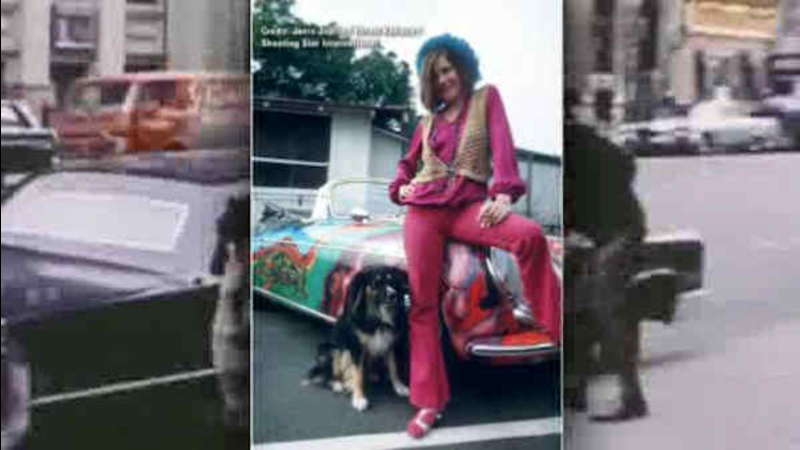 NEW YORK (WABC) -- Janis Joplin was one of the iconic voices of the 1960s, and now, one of her most iconic possessions is up for sale.

Joplin's 1965 Porsche, complete with all the psychedelic designs that made it famous, is expected to fetch a handsome sum when RM Sotheby's puts it on the auction block Thursday.

More than four decades after her death, her favorite sports car is on the market as a new film, a documentary called "Janis: Little Girl Blue," hits theaters.

Joplin bought the car in the first flush of her success in 1968 and had it painted to reflect the spirit of the times.

"It was a time for testing the limits, and the car seemed to offer that," sister Laura Joplin said.

She and brother Michael Joplin have owned the car since Janice Joplin's death in 1970.

"I think it really represented an openness to her," he said. "First the convertible aspect, and then the paint job. It was her personality all the way."

The Porsche was parked at the Rock and Roll Hall of Fame in Cleveland for 20 years before it was brought to Manhattan.
EMBED More News Videos

Along with Joplin's music, the Porsche is a link to a unique time and the rock icon who personified that era.

"I think the car is a visual reminder that you don't have to do what everyone else does," Laura Joplin said.

Jancie Joplin bought her Porsche used for just shy of $4,000. When it's auctioned off, it could sell for more than 100 times that amount -- somewhere close to half a million bucks."