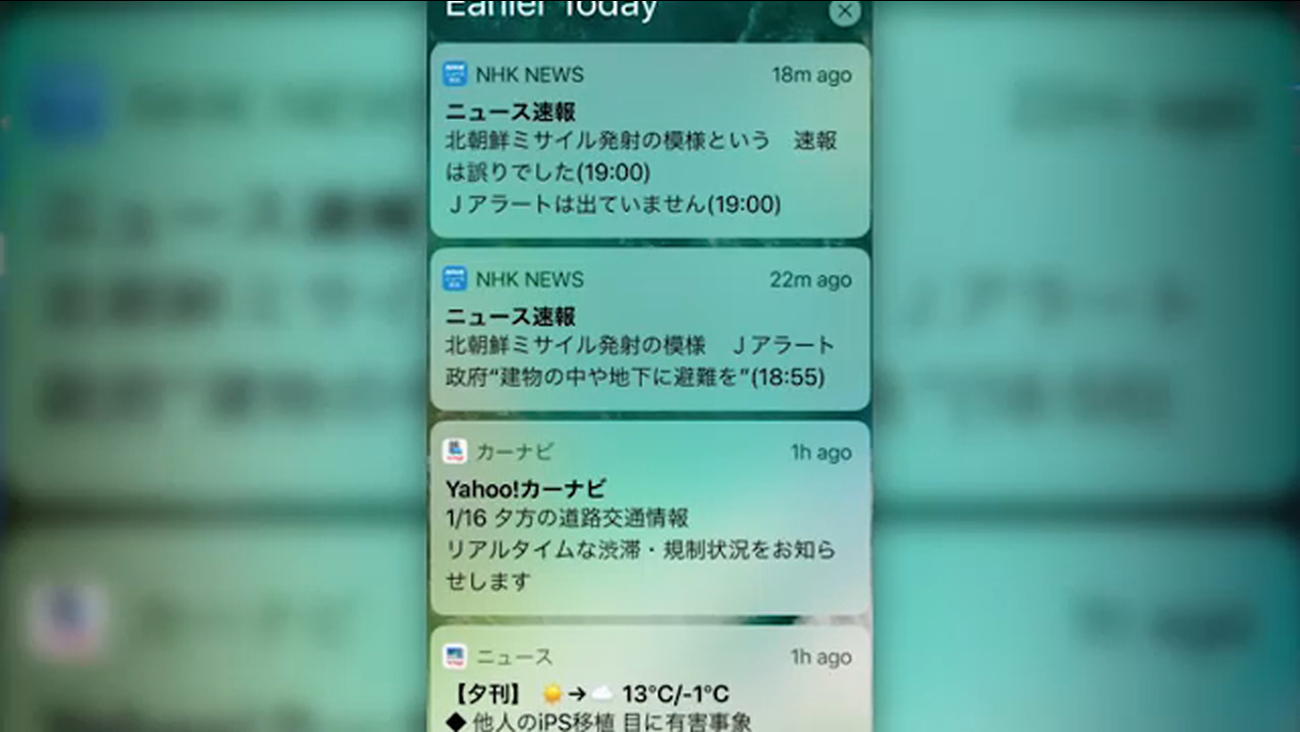 NHK television issued the message on its internet and mobile news sites as well as on Twitter, saying North Korea appeared to have fired a missile at Japan. It said the government was telling people to evacuate and take shelter.

"North Korea appears to have fired a missile," NHK said, adding that a government warning had been issued. "The government: Seek shelter inside buildings and basements."

NHK said the mistake was the result of an error by a staff member who was operating the alert system for online news, but did not elaborate. NHK deleted the tweet and text warning after several minutes, issued a correction and apologized several times on air and on other formats.

"The flash was a mistake," NHK said. "We are very sorry."

Tension has grown in Japan over North Korean missile tests as they have flown closer to Japanese coasts. NHK and other Japanese media generally alert each missile test, and the government has issued emergency notices when the missiles flew over Japan.

Japan is also stepping up its missile intercepting capabilities and conducting missile drills across the country in which residents, including schoolchildren and elderly people, rush to community centers, cover their heads and duck down to the floor. A major drill is planned in downtown Tokyo next week.

Unlike the mistaken Hawaii warning, the NHK alert did not contain the statement, "This is not a drill." NHK was able to correct its error in a few minutes, far faster than the nearly 40 minutes that lapsed before the Hawaii alert was withdrawn.