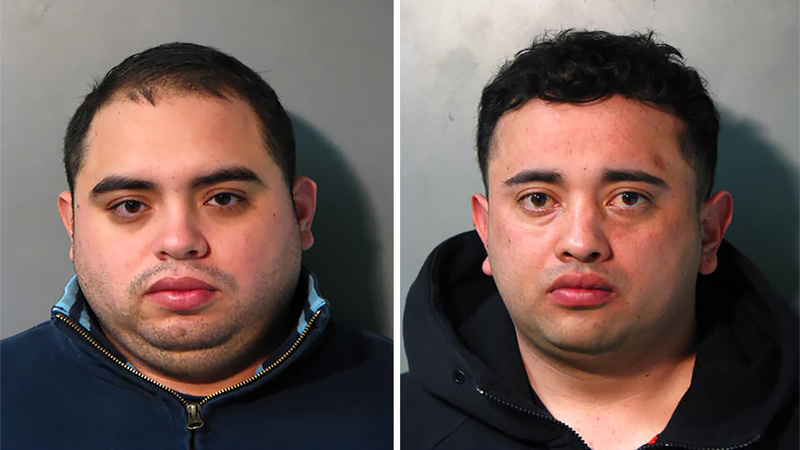 MANHASSET, Long Island (WABC) -- Two men are under arrest on Long Island after allegedly following shoppers home from a mall to steal expensive items they had just bought.

Authorities say 28-year-old Jarry Gonzales-Ramos and 33-year-old Andres Quintero-Mendoza engaged in a scheme where they would stakeout the Americana Manhasset shopping center, find shoppers who had just made expensive purchases and then follow them home to steal the items.

Louis Vuitton handbags and Apple laptops were among the items the duo stole during four reported incidents between October 2018 and January 2019, police say.

Officials say the suspects broke into cars to steal the items during three of the incidents and walked right into the garage of a home in another.