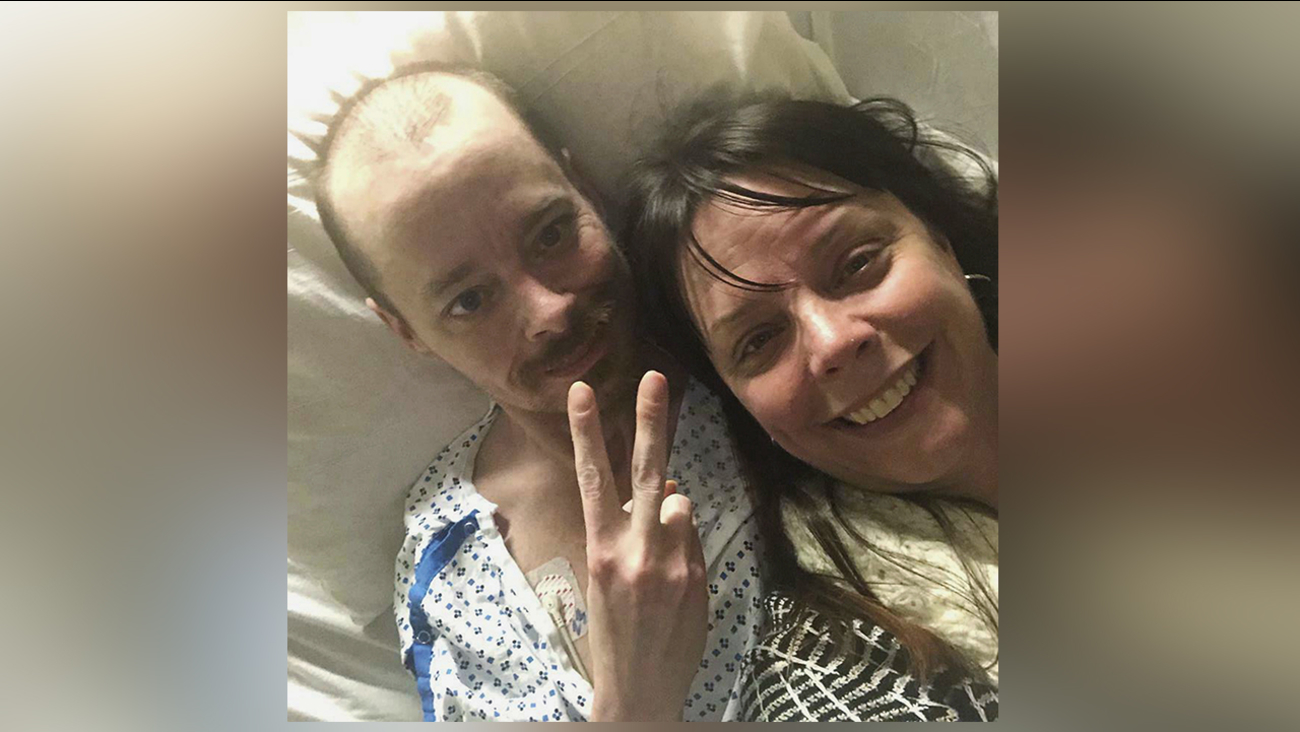 In this Feb. 26, 2019, selfie provided by Bridgette Hoskie, her brother Jay Barrett and herself pose for the photo inside an ICU at Yale New Haven Hospital in New Haven, Conn. ((Bridgette Hoskie via AP, File))

WEST HAVEN, Connecticut -- An ailing Connecticut man who had a bucket-list wish fulfilled when he received a call of encouragement from President Donald Trump died Wednesday, his sister said. Jay Barrett was 44.

Barrett had been terminally ill with cystic fibrosis and was receiving palliative care at the home of his sister, West Haven City Councilwoman Bridgette Hoskie.

Hoskie, a Democrat, had gone on social media to build a campaign for Trump to offer her brother a gesture of support. Last week, the president called Barrett , telling him, "You're my kind of man, Jay."

Hoskie said she appreciated the help of everyone who reached out to the White House on her brother's behalf.

"He really did live one of the best weeks of his life last week," she said. "That phone call meant everything to him."

Barrett, who for most of his life considered himself an independent, voted for President Barack Obama in 2008, but didn't like many of his polices, including the Affordable Care Act.

Barrett said he came to realize he was a Republican and fell in love with Trump's style at the launch of his campaign, and later, because of his policies.