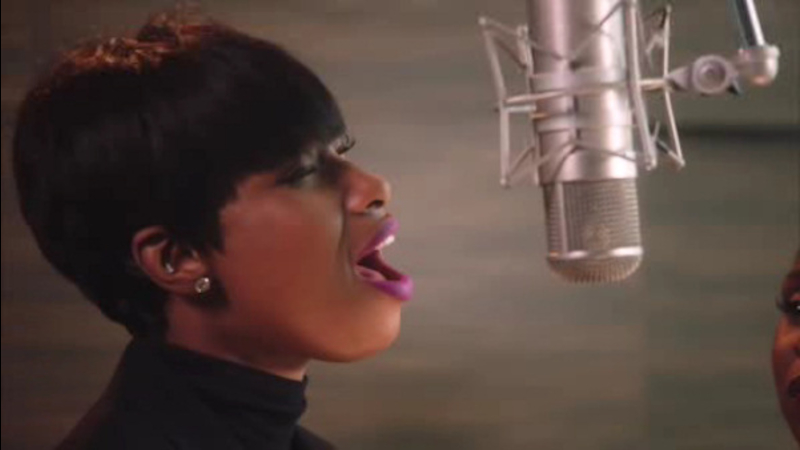 NEW YORK (WABC) -- You've seen Jennifer Hudson on TV and in the movies, you've heard her on the radio, and now, you can catch her on the Great White Way. The star is making her Broadway debut in "The Color Purple," set to open on Thursday.

It marks another milestone in Hudson's career after she first came to our attention on "American Idol" and became a star in front of our eyes. So far, she he has won a Grammy and an Oscar. Could a Tony be next?

Her grace is always evident in the play, a revival of a stage musical that was a big hit when it opened a decade ago, despite the pressure.

"Stepping on a Broadway stage for my first preview was like hopping onto oncoming traffic, to be honest," Hudson said.

She was in shock because she had spent so much time rehearsing without an audience.

"Feeling the applause, it, it was overwhelming," she said. "And actually experiencing it was like, wow. You could just feel the love, the energy that everyone has."

And she did her best to return that energy.

"It's like being an athlete," Hudson said. "I got to learn what that feels like, because once the show starts, you never stop running."

"Shug Avery is, I feel like, the light of it all," Hudson said. "She kind of shows there is hope outside of where they come from."

Hudson has plenty of hope and she has been blessed, but the star has known tragedy in equal measure with the murder of her mother, brother and nephew.