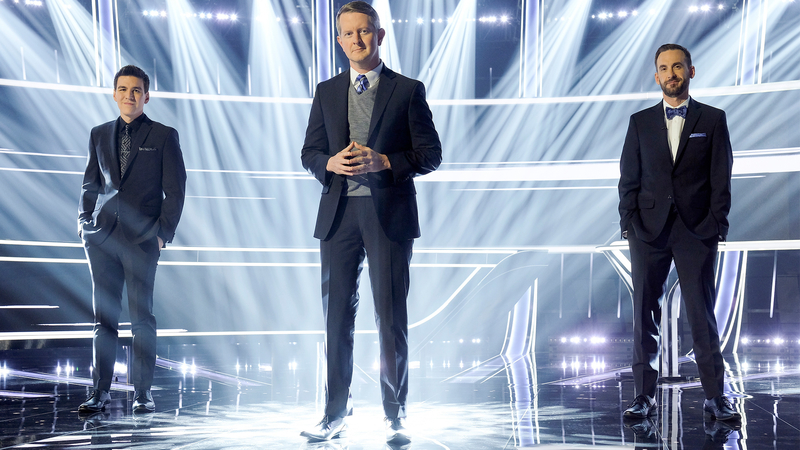 He's been called one of the Greatest of All Time on "Jeopardy!" and now Ken Jennings finds himself guest hosting the show while pulling double duty starring on another.

Ken Jennings had an unprecedented 74-game winning streak on "Jeopardy!" resulting in $2.52 million in prize money.

He said that while he misses Alex Trebek terribly, he feels the host who lost his battle with pancreatic cancer back in November is best honored by others playing the game he loved so much.

"I'm really missing him a lot and I know viewers are too. I really feel that we had to grapple with the fact that it's not going to be Alex now, we all wish it was, I wish it was, but in a perfect world he would host 'Jeopardy!' for a thousand years, but there's no replacing that man. He was just so perfect at that job. I wanted for people to know at the top of the show that we're grieving too and we miss him too, but 'Jeopardy!' still goes on," Jennings said.

As far as any changes to the show due to the guest hosts, Jennings said viewers should expect to see the game they love.

"It's going to be 'Jeopardy!' and we want it to feel like 'Jeopardy!' which is tricky because people associate that with Alex's face and Alex's voice, but he always said, 'I'm not the star of the show.' He never wanted the announcer to say 'Here's the star of 'Jeopardy!'' To him, the gameplay and the contestants were always the stars and it's just so refreshing. I can't think of anyone in the modern TV landscape who would insist that he not be called the star, you know. And we're going to try to honor that. The gameplay is still going to be the same, the contestants are still going to be great, there are some fantastic games coming up," Jennings said.

In addition to his hosting duties, he's appearing on one of ABC's newest game shows, "The Chase."

"Hosting is a whole other ball of wax. Alex made that look so effortless for so many years, and the viewer might assume that it's easy to host a game show, but as Sara Haines on 'The Chase' knows and as I now know it is far from easy. The host has to carry everything and do a lot of things at once, and it's a lot of getting used to," he said.

He appears alongside other "Jeopardy!" GOATs James Holzhauer and Brad Rutter. The three of them are the "Chasers" who try to keep the contestants, who compete as a group from walking away with winnings. Although Jennings said while he's competitive, it's always nice to see a contestant win.

"I'm a game show fan. I like when people win the big check or have a nice trip or whatever, and that's exciting for me," Jennings said. "Deep down I kind of root for the underdog, even though it's my job to crush their dreams."

Consider us hooked on #TheChase! Get ready for more chances to prove your knowledge and wits Thursday on ABC 📚🐛 pic.twitter.com/vG5g04mA7y