Suspicious fire burns through New Jersey home, spreads to 3 others 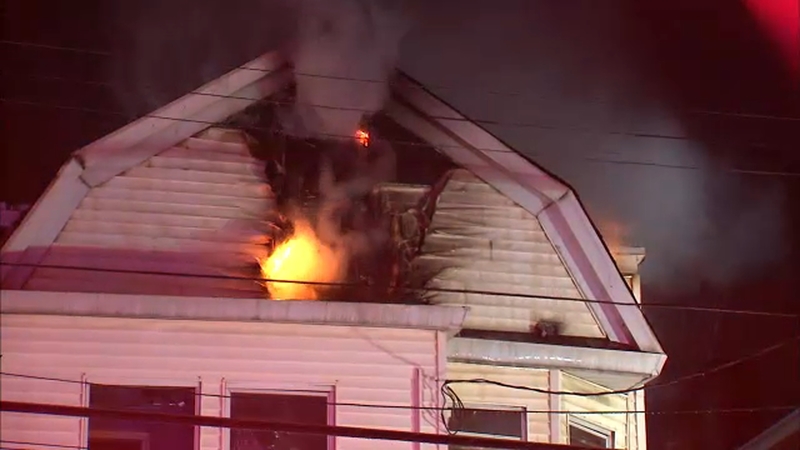 Suspicious fire burns through New Jersey home, spreads to 3 others

JERSEY CITY, New Jersey (WABC) -- A three-alarm fire burned through a home in Jersey City before spreading to three others, and officials are calling it suspicious.

The fire broke out in a home on Neptune Avenue around 4:50 a.m. Wednesday.

Police arrived to the scene first and attempted to enter the home, but they were forced out by heavy smoke.

Embers from the fire spread to three other buildings that also caught fire, and the cold weather increased the challenge for firefighters.

"It's just a lot of fire, it went to three alarms so we need a lot of troops here to advance a lot of hose lines," Jersey City fire Chief Steven McGill said. "We were going from the interior of the building at the time, we did have to pull some people out once they realized the fire was below them. We had to start rerouting the lines to the basement, where we thought most of the fire was. It was already spreading to two other buildings."

Firefighters were able to quickly put those flames out.

The investigation into the cause is ongoing.

"Right now, the fire is suspicious," McGill said. "We believe it started...in the basement. The building is a building that has been watched by the street crimes unit in the police department. So we are looking at what was going on in that building at the time."

McGill added that sometimes people are staying inside the building who are not authorized to be, and there is suspected drug activity.

One home was completely destroyed, and the other three suffered damage.