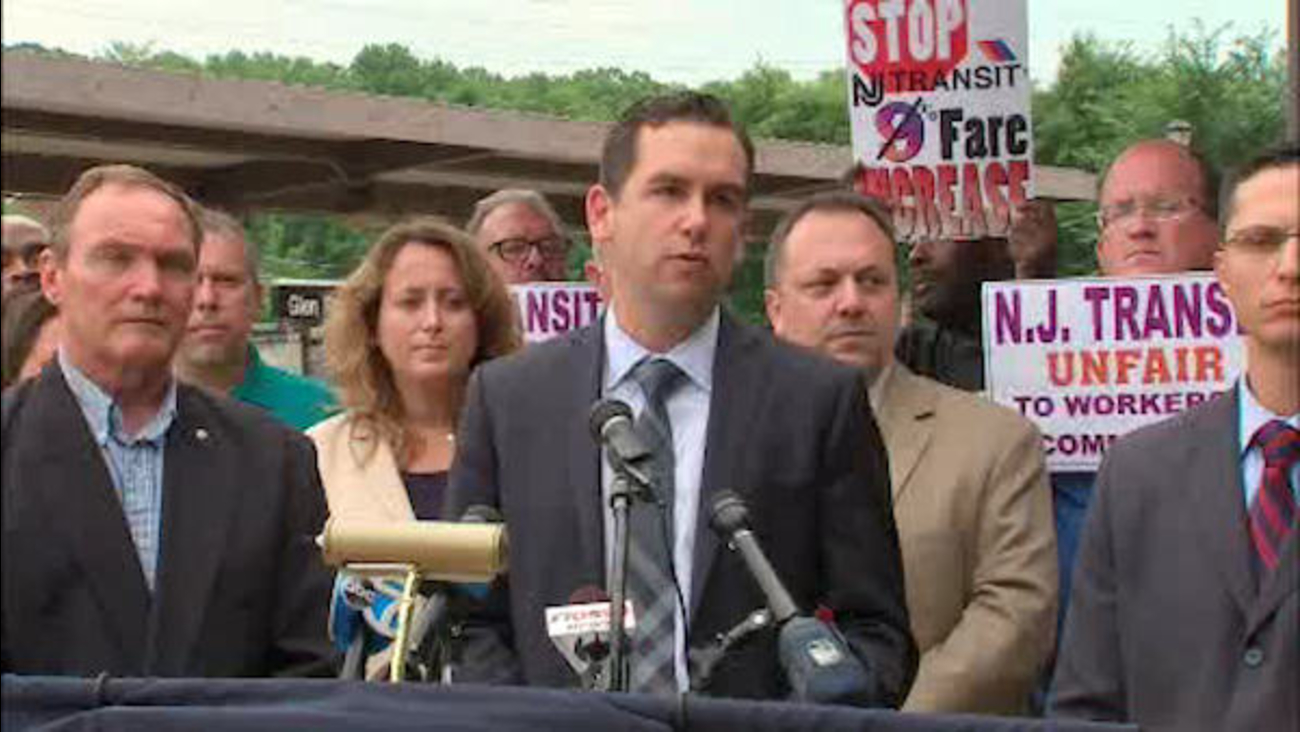 JERSEY CITY (WABC) -- There is push back against New Jersey Transit after the agency refused to budge on its proposed fare hikes.

The protesters blame Governor Christie; they're calling the fare hikes a tax on the middle class.

"I think when you look at the record of tax increases in mass transportation in infrastructure, a lack of investment in New Jersey, it's not something that the governor is going to be proud of," said Steven Fulop, (D) Jersey City Mayor.

They want the state government and Governor Christie's administration to fill the $56-million budget gap.