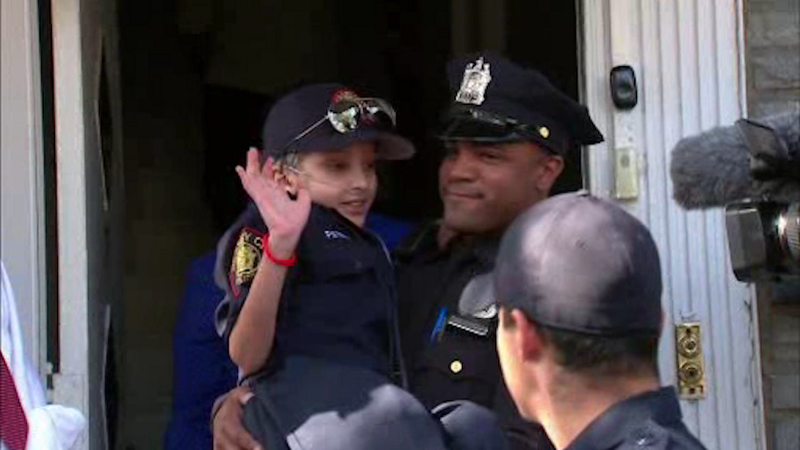 On most days, Parth Patel was a 4th grader battling cancer who just wanted to go to his school PS 27 in Jersey City. He also loved superheroes and wanted to be a police officer. So guess what? He got his wish.

"Look at his smile! This is what it's about!" said Adrienne Morrell, Jersey City Police Department.

"They didn't tell me about the surprise!" Patel said.

9-year-old Parth was escorted to school by just about anyone who normally wears a uniform in Jersey City; police, fire, paramedics, EMTs, and superheroes.

"I let them know there was a sick kid who needs help, phones rang off hook and they needed no motivation, this is what we do!" said Anthony Turner, a JC Paramedic.

The Marty Lyons Foundation started the ball rolling, they grant wishes like this.

"He said he wants to go to school! So we took him with a bang!" a participant said.

"He wanted to be at school, be a police officer and be around superheroes so we made it happen for him," said Captain Edgar Martinez, Jersey City Police Department.

Inside school, there was a pizza party, dancing, and he received a key to the city.