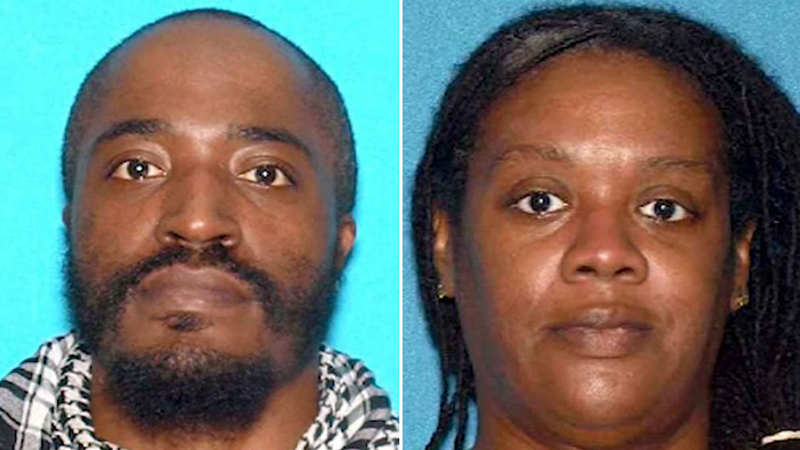 JERSEY CITY, New Jersey (WABC) -- The suspects have been identified in the deadly shootout in Jersey City and now authorities are preliminarily investigating the incident as a case of domestic terrorism.

They were believed to be followers of the Black Israelites, a group that expressed hatred toward Jewish people. The group is also known for anti-government and anti-police sentiments.

Anderson has a prior criminal record for weapons offenses in 2004, 2007 and 2011, according to the New Jersey Department of Corrections. Records show he spent two years behind bars in New Jersey prison on gun charges and was released in 2014.

Graham has been described as a former home health aide who met Anderson after she got hurt at work and left her job. Neighbors said Anderson turned Graham into a "dark person."

"Francine was a very nice person, and from speaking to her over the years, she always had a steady mind-frame of everything," a family friend said.

Authorities also discovered notes with religious writings in a U-haul outside the scene of the shootout. A pipe bomb was discovered in the back of the stolen vehicle, according to multiple law enforcement officials.

Police say Anderson was the driver of the U-haul and walked first into the store, followed by Graham.

RELATED | Jersey City shooting: What we know about victims inside Jewish market

Sources say Anderson had made anti-Semitic and anti-police posts on social media in the past.

The posts were not entered immediately before attack and it is not yet known if they are connected to the shootout, but sources say they are part of the probe.

All of the victims have officially been identified.

The officer was identified as Detective Joseph Seals, a husband and father of five who had been with the department since 2006, and Rabbi David Niederman, President of the United Jewish Organizations of Williamsburg and North Brooklyn, identified the two Orthodox Jewish victims in the supermarket as 24-year-old Moshe Deutsch and 31-year-old Mindy Ferencz.

Authorities say he worked at the store.