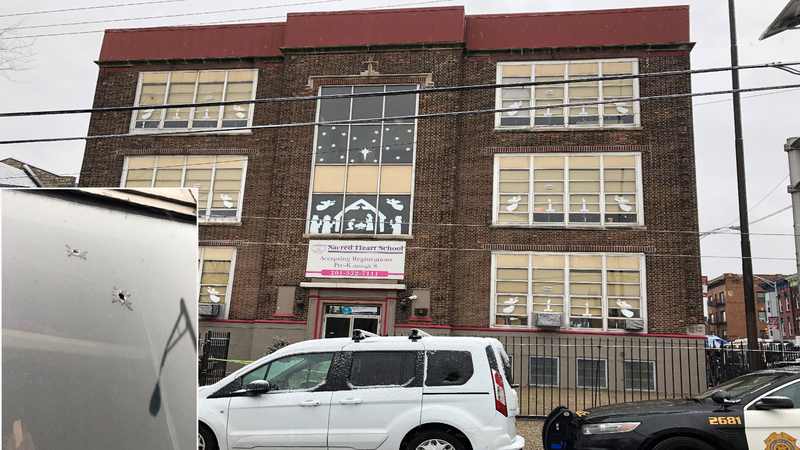 Sacred Heart School still had bullet holes in the windows as children headed back to class.

The school is located directly across the street from the JC Kosher Supermarket on Martin Luther King Drive, where three people were killed in a wild shootout with police.

As bullets flew into classrooms Tuesday afternoon, many children huddled inside, afraid.

Miss Frazier's 10-year-old granddaughter was one of them.

Once the all-clear was sounded and they were allowed to leave, students were ordered to leave their backpacks and personal belongings behind, as their school turned into a crime scene.

"I feel horrible," parent Eddie Griffin said. "No student should have to be worried about their safety."

Since Thursday was their first day back, grief counselors were on hand to comfort students who were locked down for hours.

Parents are now forced to reassure their kids that despite what happened, school is safe.

Fortunately, there's no indication any of the children or staff were physically hurt during the hours-long ordeal.