Victim who survived Jersey City shooting speaks out: 'They came to kill' 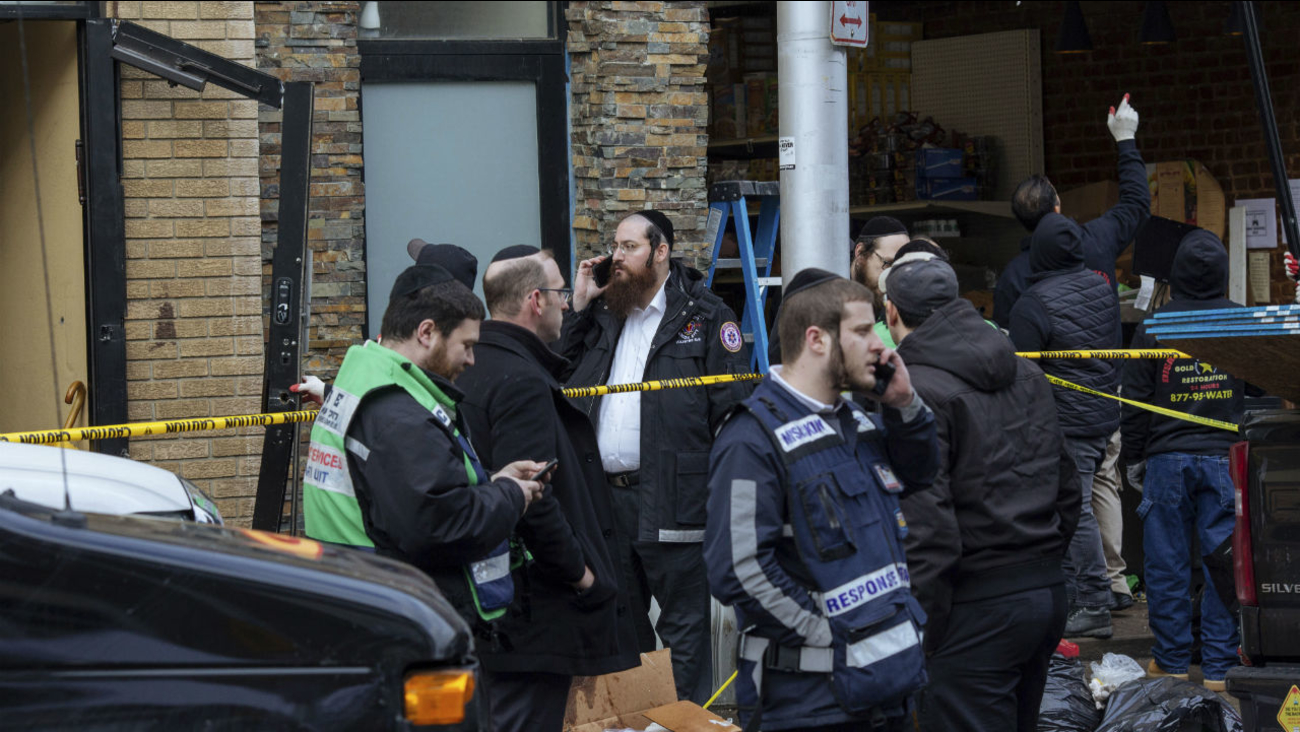 AP
JERSEY CITY, New Jersey (WABC) -- The man who survived the deadly shooting at a Jewish grocery store in Jersey City that claimed the lives of three people inside and a police officer in a nearby cemetery is speaking out about the harrowing ordeal.

ABC News talked with David Lax, who was inside the JC Kosher Supermarket on Martin Luther King Drive when police say David Anderson and Francine Graham came in, guns blazing.

"A lot of big bangs, it took me a minute to get, OK this is gunshots, and then everyone jumped on the floor," he said. "A couple of bullet holes and the door, I dropped to the floor and then I thought, it's over. I mean, bullets flying all over...Someone was coming open the door, so when I was still on the floor, black raincoats was passing right by me. And like a second later, when I was basically standing up, I was just facing the second shooter."

He had stopped to pick up lunch when he came face to face with the alleged killers.

"The second gunwoman, which is basically facing right through the...glass door, she's facing me," he said. "At that time, I thank God I had the courage, I had the right mind, I just re-directed her arm and ran out of the store."

He said their intent was clear.

Surveillance video showed him running from the market seconds after the suspects had entered.

"I didn't look back, I just turned from the store I just came out of, I see they were basically shooting after me even after that," he said. "Obviously, it's just a miracle, another miracle, because as far as I know, it's hard to miss with a shotgun at such a close range."

He said a child standing by the front of the door ran with him.

"This child was about to go into the yeshiva, the synagogue, and then exactly at that moment, he saw the two gunman coming out to the car and trying to shoot," he said. "He's very brave, very smart. We met on the corner of the street. I was running faster than him, so I passed by him, and then I was turning around and I saw him. He started talking to me, so I said you know what you're coming with me."

New Jersey Attorney General Gurbir Grewal said the evidence is strongly pointing towards hate as a motive. He also said it is being investigated as domestic terrorism fueled by anti-Semitic and anti-police beliefs.