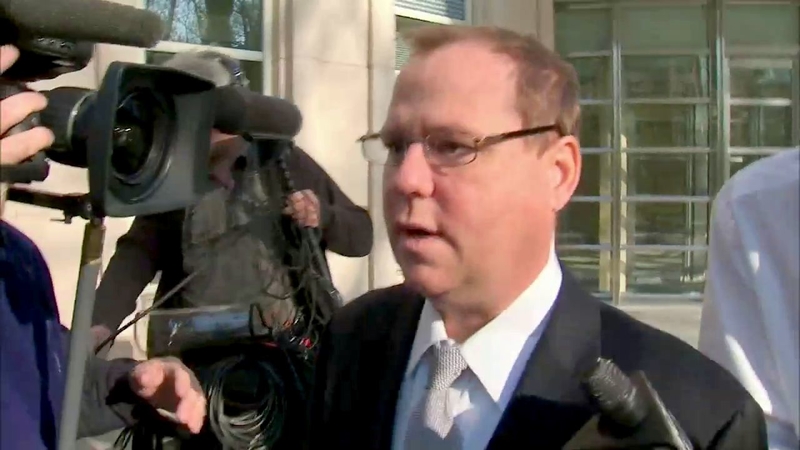 QUEENS, New York (WABC) -- A JetBlue pilot was arrested after being caught flying under the influence of alcohol during routine testing last year.

According to a federal complaint made public Wednesday, Dennis Thomas Murphy Jr. was selected for random testing when the plane he was flying arrived at Kennedy Airport in April of 2015.

Murphy allegedly blew a 0.111 for blood alcohol content on a breath testing device, and after a 15-minute waiting period, a second test was provided and Murphy blew a 0.091.

A blood alcohol content of 0.10 or higher is considered under the influence of alcohol for airplane operators.

According to a court interview, Murphy's co-pilot observed Murphy "drinking an unknown beverage from a cup before and during" the day's flights.

After being presented with the test results, Murphy reportedly stated the results must have been caused by the gum he was chewing.

On the day of the test, Murphy flew a round-trip between Kennedy Airport and Orlando International Airport. Over the course of the day, the two flights he piloted had a combined 270 passengers.

Murphy began working for JetBlue in January of 2015 and resigned after his test.

JetBlue released the following statement regarding the incident: "JetBlue has a zero tolerance drug and alcohol policy. Following last year's incident, the crewmember was removed from duty and is no longer employed at JetBlue."