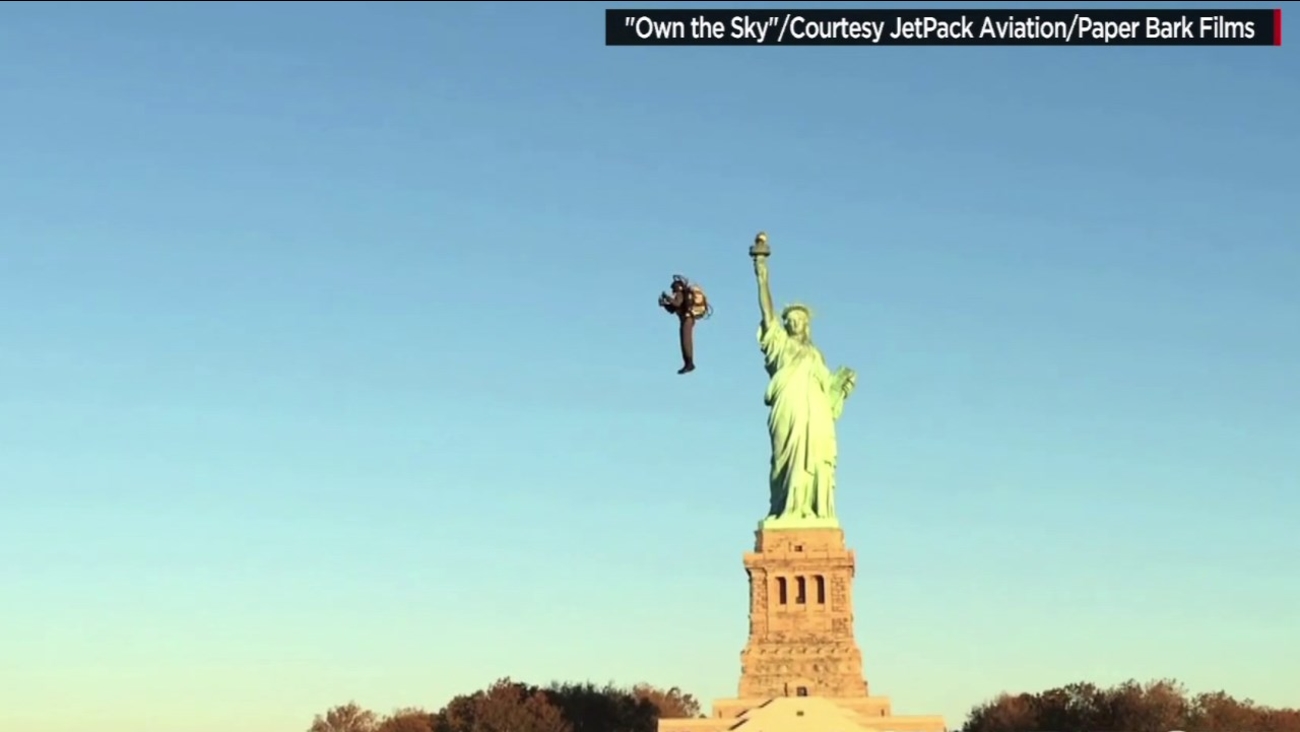 NEW YORK (WABC) -- Video posted online shows a human flying over the water using a jetpack near the Statue of Liberty in New York City.

JetPack Aviation posted a video to YouTube last week that shows the "maiden flight" of the company's personal jetpack. The video, which already has more than 1 million views, said the flight happened Nov. 3.

The founder of JetPack Aviation, David Mayman, was the test pilot. He and his chief designer had to get all kinds of approvals to pull this off.

"The FAA asked what is it? What is a jetpack? What is it?" said Nelson Tyler, the inventor and chief engineer at JetPack Aviation.

Mayman flew over the Upper New York Bay - right where the East River and Hudson River meet on the south end of Manhattan. He used hand controls and his body to steer.

The flight lasted about 5 minutes.

Watch the video of the jetpack in action here:


During his flight, Mayman took one hand off the controls for a second.

"I saluted lady liberty on one of the passes. I stopped and turned around and gave her a salute," Mayman said.

Mayman has been hooked on jetpacks ever since he first saw James Bond take off in one in "Thunderball."

For 10 years, Mayman and Tyler have worked together on the jetpack. Tyler helped design the rocketbelt that sent up a man for less than 30 seconds at the 1984 Olympics. For the statue of liberty flight, the designer gave the pilot some guidance.

"Fly slow and careful and not too high," Tyler said.

"Mayman says he can imagine eventually selling a jetpack for the price of a super luxury car, somewhere in the ballpark of $100,000."

There are other devices that transform men into flying machines. Some are big and bulky. Others require take-off from a chopper and landing via parachute.

But Mayman wants a jetpack like the one 007 wore.

"No well-dressed man should be without one," he said.