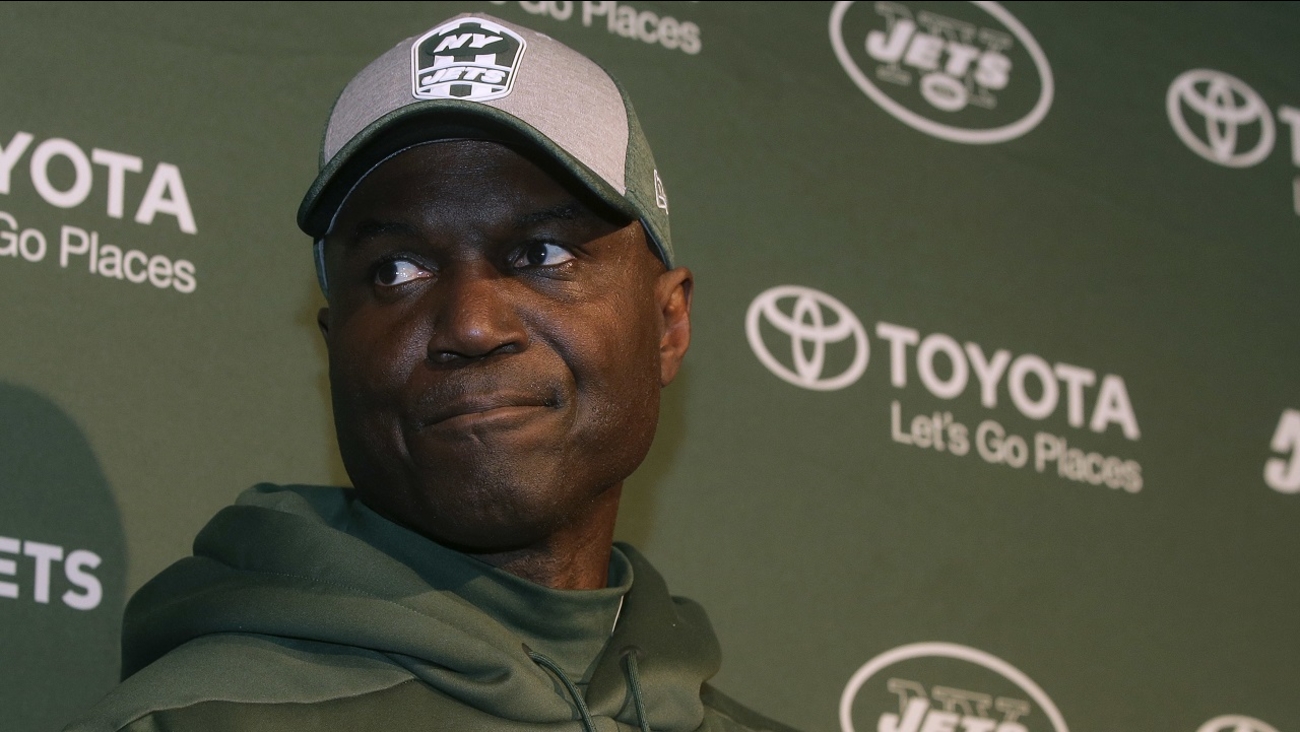 The New York Jets have fired coach Todd Bowles after four seasons, ending a disappointing tenure that began with plenty of promise but finished with lots of losses and no playoff appearances.

Chairman & CEO Christopher Johnson has informed Todd Bowles he will not be returning in 2019.

The team announced the long-expected decision that it moved on from Bowles, who went 24-40, a few hours after the Jets wrapped up their season with a 38-3 loss at New England.

There was some uncertainty surrounding general manager Mike Maccagnan's job status, but it appears he will remain in his role and help lead the Jets' search for a new coach.

Bowles, 54, was hired in January 2015 after New York fired Rex Ryan. The Jets got off to a solid start under Bowles, who guided them to a 10-6 record. But they fell a win shy of the playoffs in his first season after losing a win-and-in game against Ryan's Bills. Still, many expected the Jets to take the next step under Bowles.

New York went 4-12 this year after going 5-11 in each of the last two seasons, and Bowles' in-game management became a focus of heavy criticism. The stoic coach also never endeared himself to frustrated fans who often mistook Bowles' lack of public emotion for an absence of passion.

Bowles was on the hot seat last season, but the team stuck together and he and Maccagnan were given two-year extensions last December by acting team chairman and CEO Christopher Johnson.

The Jets entered this season with their focus on developing rookie quarterback Sam Darnold, the No. 3 overall draft pick in April, and Johnson did not set a playoff mandate for Bowles or Maccagnan. But the former USC star threw a league-leading 14 interceptions before straining his right foot against Miami on Nov. 4 and sitting out three games.

There were glimmers of promise when Darnold returned from the foot injury, with the rookie throwing for 931 yards and six touchdowns with just one interception - and looking very much a quarterback who can lead the team into the future.

Darnold will have to do that with a new coach, though.

It appeared Bowles' fate was sealed when the Jets were blown out by AFC East-rival Buffalo 41-10 on Nov. 11. But Johnson chose to have Bowles finish the season, something New York has traditionally done with its head coaches. The Jets haven't had an in-season coaching change since 1976, when Lou Holtz resigned with one game remaining and was replaced by Mike Holovak.

Still, Bowles was headed to an inevitable ending with the Jets - but never allowed the outside speculation and rumors affect his day-to-day approach with his players.

"I just worry about: Did I do everything in my power and what can I do in my power moving forward to help us not to have these setbacks - or success, or whatever we do?" Bowles said in a recent interview with The Associated Press . "You look at yourself in the mirror every day, then you look at the coaches and the team and it's a constant evaluation process. And, that's every coach in the league. It's not just me. You understand that part of it.

"I say and get everything off my chest on Monday during the week, so I can definitely sleep at night and look myself in the mirror."

The Jets' next coach will likely be working with a revamped roster, with the team expected to have more than $100 million in salary cap space in the offseason. The goal will be to surround Darnold with as much talent as possible while the franchise builds for the future.

Maccagnan has also been heavily criticized for his spotty track record in the draft and lack of overall roster depth at key spots, but will get a chance to continue shaping the team.

Maccagnan was hired by the Jets a day before they brought on Bowles, and the two appeared to have a mostly solid working relationship. But the makeup of the roster has left something to be desired - and Maccagnan didn't have the ultimate say in the hiring of Bowles, something he will likely have this time around.

Recent first-rounders Leonard Williams, Darron Lee and Jamal Adams are starters, along with Darnold, but only 12 of the 22 players drafted from 2015-17 under Maccagnan remain on the roster. The bulk of the crop from those draft classes should be major depth pieces now, namely wide receivers Devin Smith (second round, 2015), ArDarius Stewart (third round, 2017) and Chad Hansen (fourth, 2017), and linebacker Lorenzo Mauldin (third round, 2015).

Maccagnan's biggest draft blunder came in 2016, when he took quarterback Christian Hackenberg in the second round despite most NFL scouts considering the former Penn State star a major project. Hackenberg never developed, was traded to Oakland in May and is now in the Alliance of American Football after stops with two other NFL teams.

As a result of the lackluster drafts, the Jets will need to make a big-time splash in free agency during the offseason.

Bowles came to the Jets as a highly sought candidate after leading Arizona's aggressive-style defense for two seasons and winning the first AP Assistant Coach of the Year award in 2014. He beat out five other candidates, including current Atlanta coach Dan Quinn and Jacksonville coach Doug Marrone.

It marked a homecoming for Bowles, a native of Elizabeth, New Jersey, who also served as the Jets' defensive backs coach under Al Groh during the 2000 season. Bowles played eight NFL seasons as a defensive back before working his way through the coaching ranks as an assistant. He went 2-1 as Miami's interim head coach in 2011.

New York could opt to go with an offense-minded coach this time around, especially with Darnold the face of the franchise and the team's inability in recent years to develop young quarterbacks.

The franchise is also starving for a Super Bowl appearance, something it hasn't had since 1969.