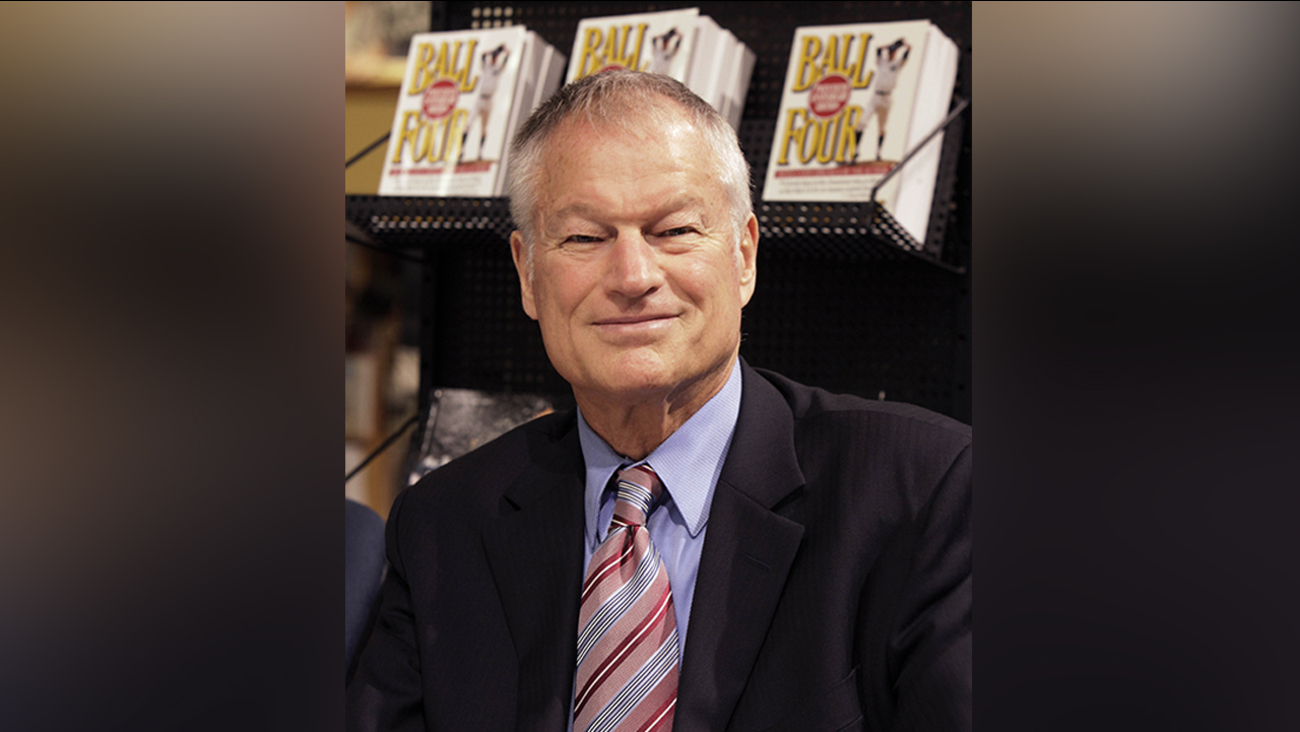 GREAT BARRINGTON, Massachusetts -- Jim Bouton, the former New York Yankees pitcher who shocked and angered the conservative baseball world with the tell-all book "Ball Four," has died. He was 80.

Bouton's family said he died Wednesday at the Great Barrington home he shared with wife Paula Kurman. He fought a brain disease linked to dementia and was in hospice care. Bouton also had two strokes in 2012.

Published in 1970, "Ball Four" detailed Yankees great Mickey Mantle's carousing, and the use of stimulants in the major leagues. Bouton's revealing look at baseball off the field made for eye-opening and entertaining reading, but he paid a big price for the best-seller when former teammates and players and executives across baseball ostracized him for exposing their secrets. He wasn't invited to the Yankees' Old-Timers' Day until 1998

Throwing so hard that his cap often flew off his head, Bouton was 21-8 with six shutouts in 1963 - his second season in the majors and his only year as an All-Star - and went 18-13 with four more shutouts in 1964. The Yankees lost the World Series both years, with Bouton losing his lone start in 1963 in New York's loss to the Los Angeles Dodgers, and winning twice the following year in the Yankees' loss to the St. Louis Cardinals.

Bouton injured his right arm in 1965, going 4-15 that season, and saw limited action the next three seasons with New York. He worked on "Ball Four" in 1969, a season spent with the expansion Seattle Pilots and Houston Astros, his fastball replaced by a knuckleball as he tried to prolong his career.

Bouton was a television sportscaster in New York City with WABC and WCBS, wrote other books, appeared in the 1973 movie "The Long Goodbye" and starred in a 1976 CBS sitcom based on "Ball Four" that lasted only five episodes. He and a former teammate developed Big League Chew, a bubble gum alternative to tobacco.

Born in Newark, New Jersey, Bouton was raised in New Jersey and the Chicago area. He pitched at Western Michigan University before signing with the Yankees in 1958. He made it to the majors in 1962, going 7-7, but didn't appear in the Yankees' World Series victory over the San Francisco Giants.