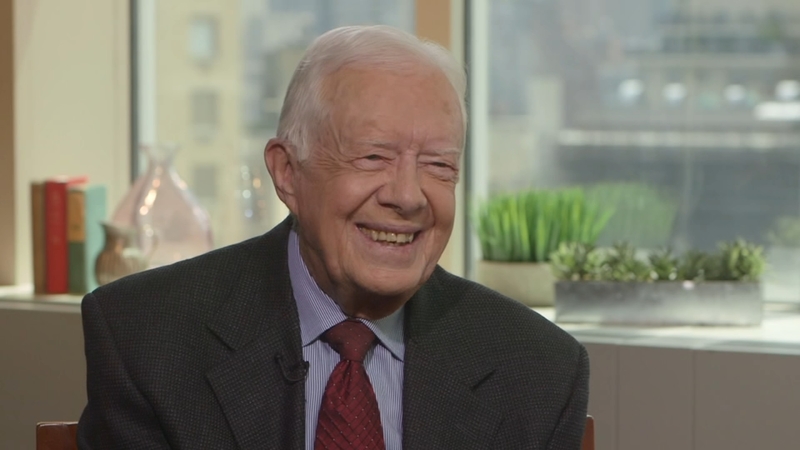 PLAINS, Ga. -- Former U.S. President Jimmy Carter is recovering after he broke his hip in a fall Monday morning.

A statement from the Carter Center said the former president was leaving for a turkey hunting trip when he fell at his home in Plains, Georgia.

The statement said President Carter is "recovering comfortably" after undergoing surgery to repair the broken hip.

President Carter's wife, Rosalynn, is with him as he recovers at Phoebe Sumter Medical Center in Americus, Georgia.

President Carter is apparently in good spirits, saying his main concern is that turkey season is ending this week and he has not reached his limit, according to the release.