"Jimmy Kimmel Live!" to return to Brooklyn in October 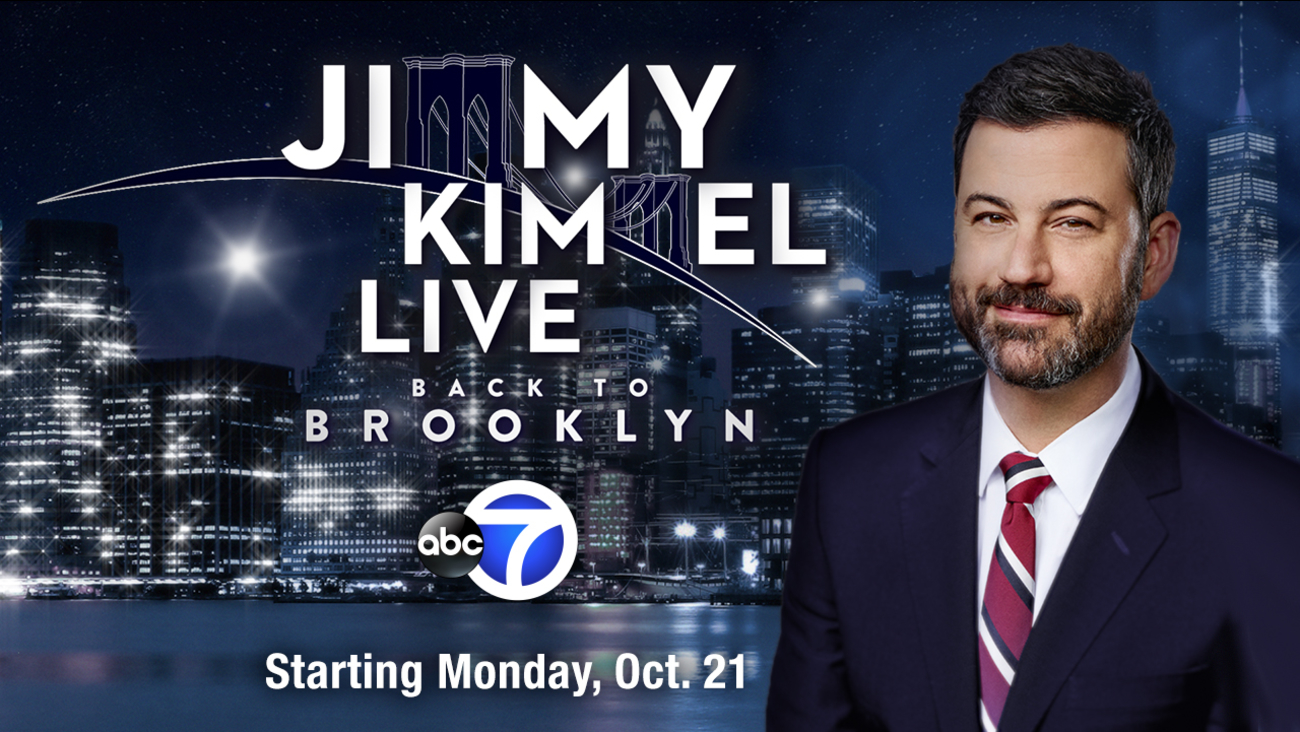 The Emmy Award-nominated show will tape in front of a live studio audience from the Brooklyn Academy of Music's Howard Gilman Opera House.

This will be the fifth time that Kimmel and his show have broadcast from BAM.

Back in May, ABC's "Live in Front of a Studio Audience: Norman Lear's 'All in the Family' and "The Jeffersons'" premiered with an average audience of 10.4 million viewers.

Finally, to round out his slate of ABC programming, Kimmel will partner with Emmy Award-winning producer Mark Burnett to executive produce "Generation Gap," a new game show coming to ABC.

This comedy quiz show groups family members of different generations who must work together to answer questions about each other's generations. This "fun for the whole family" show features a wide variety of pop-culture trivia and challenges, such as asking an 8-year-old to finish the famous catchphrase, "Go ahead. Make my BLANK!" Additional details surrounding production and airdates, as well as a host, to be announced at a later date.