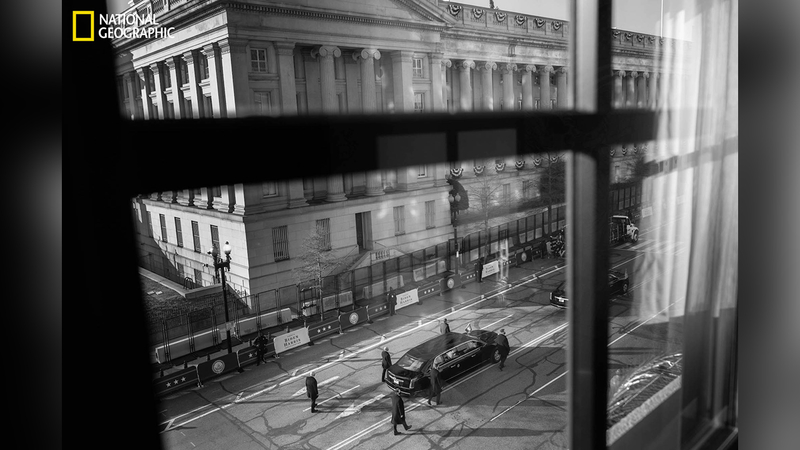 WASHINGTON -- President Joe Biden's inauguration this week was like no other in recent history, and National Geographic photographers were on the ground throughout the nation's capital to capture the scenes around the city.

See more from National Geographic's photographers in the slideshow video above and in the photo essay "As inauguration nears, the nation's capital goes still." Follow their photographers' continuing coverage on Instagram at @NatGeo.

Throughout the city, tens of thousands of National Guard troops were on the streets to provide security precisely two weeks after a violent mob stormed the Capitol in an attempt to prevent the certification of Biden's victory.

"Here we stand, just days after a riotous mob thought they could use violence to silence the will of the people," Biden said. "To stop the work of our democracy. To drive us from this sacred ground. It did not happen. It will never happen. Not today, not tomorrow. Not ever. Not ever."

Joe Biden delivers remarks after he is sworn in as 46th President of the United States.

The tense atmosphere evoked the 1861 inauguration of Abraham Lincoln, who was secretly transported to Washington to avoid assassins on the eve of the Civil War, or Franklin Roosevelt's inaugural in 1945, when he opted for a small, secure ceremony at the White House in the waning months of World War II.

But Washington, all but deserted downtown and in its federal areas, was quiet. And calm also prevailed outside heavily fortified state Capitol buildings across the nation after the FBI had warned of the possibility for armed demonstrations leading up to the inauguration.

The Walt Disney Company is the parent company of National Geographic Partners and this ABC station.