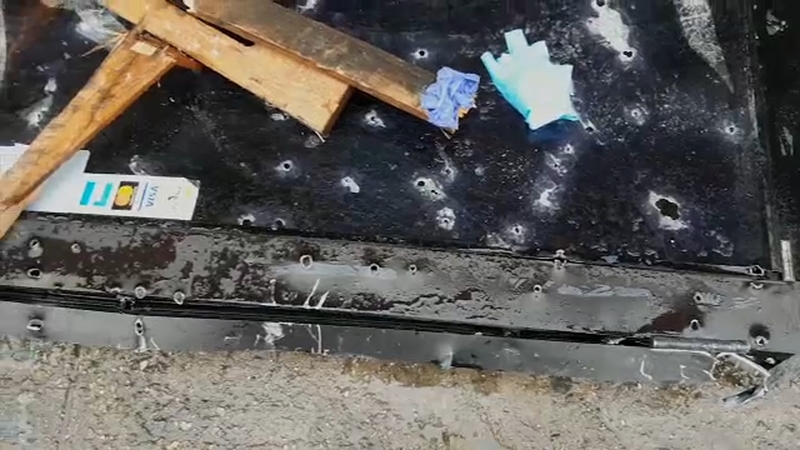 JERSEY CITY, New Jersey (WABC) -- The investigation continues into the deadly shooting and standoff in Jersey City that left a police officer and three civilians dead, and part of the focus is now on a fringe group with anti-Semitic, anti-white and anti-police tendencies that the now-deceased suspects were said to follow.

The alleged killers were identified as 47-year-old David Anderson and 50-year-old Francine Graham and were believed to be followers of the Black Hebrew Israelites.

New Jersey Attorney General Gurbir Grewal has not officially called the incident a bias attack, but he said Thursday that the evidence is strongly pointing towards hate as a motive. He also said it is being investigated as domestic terrorism fueled by anti-Semitic and anti-police beliefs.

Five firearms have been recovered linked to Anderson and Graham, including an AR-15-style weapon, a 12-gauge shotgun, a 9-mm semiautomatic weapon, a 9-mm Glock 17, and a .22 caliber Ruger Mark 4 with a silencer. Four weapons were found inside the JC Kosher Supermarket on Martin Luther King Drive, while the Ruger was located inside the stolen U-Haul van the suspects drove to the scene.

The FBI on Wednesday searched the Harlem headquarters of the Israelite Church of God in Jesus Christ, which is the formal name of the Black Hebrew group, according to the official, who was not authorized to discuss the case publicly and spoke on condition of anonymity.

The officer killed was identified as Detective Joseph Seals, a husband and father of five who had been with the department since 2006, while the victims in the supermarket are 24-year-old Moshe Deutsch, 49-year-old Douglas Miguel Rodriguez, and 31-year-old Mindy Ferencz.

Authorities said a device found in the back of the U-Haul proved to be an operable explosive device, a pipe bomb. Also in the U-Haul were notes with religious writings, one of which included the quote, "I do this because my creator makes me do this and I hate who he hates," according to multiple law enforcement sources.

Authorities in New Jersey reportedly did not have the Black Hebrew Israelites on their radar as a violent group, considered more a nuisance at public events.

Related: The scene on the streets of Jersey City captured in video and photos

Jersey City Mayor Steven Fulop said Wednesday morning that the gunmen clearly targeted the market, with surveillance video showing them driving slowly through the city's streets before stopping outside, calmly exiting their van and immediately opening fire. Grewal said Thursday that investigators were working to determine how the suspects chose their target, as well as detail their interaction with Seals.

New Jersey Governor Phil Murphy ordered that the U.S. and New Jersey flags be flown at half-staff at all state buildings and facilities from December 13 through December 20 in honor of the victims of the shooting.