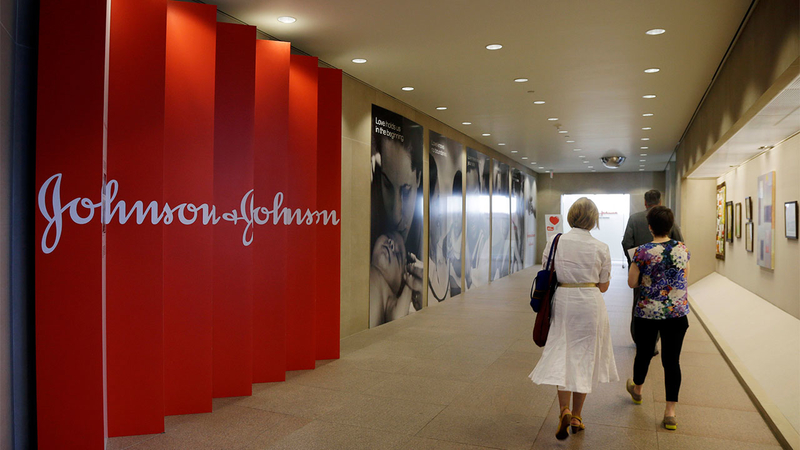 LOS ANGELES -- The manufacturer of Johnson's Baby Powder, a popular household product for decades, is on trial in Los Angeles Superior Court.

An attorney for 48-year-old Amy Fong and her husband argued in opening statements Tuesday that Johnson's talcum powder, with the nostalgic scent many grew up with, exposed the Pasadena resident to asbestos, resulting in her terminal cancer diagnosis of mesothelioma.

"This is a needless cancer, preventable," says the Fong's attorney Joe Satterley. "If you're not exposed to asbestos, you don't develop mesothelioma."

The Fongs are suing parent company Johnson & Johnson, its consumer division and several companies that provide the talc for damages, alleging the product is defective and unsafe, and that Johnson & Johnson was aware of testing that found asbestos in its talc, and failed to warn the public.

"There's been over, well over 50 bottles, historical bottles of Johnson & Johnson, baby powder that's been tested by experts and have found asbestos and asbestos fibers in it," Satterley said.

"The evidence will show that hundreds of millions of people have used Johnson's baby powder, and yet out of the 325 million people in the United States, mesothelioma is still an incredibly rare disease," the attorney said.

The defense promised to provide evidence of years of testing, proving Johnson's Baby Powder is safe and of the highest quality talc.

"The company extensively tested the talc that was going into its products," Johnson & Johnson's attorney said. "And we're going to talk about the methods the company used to do it, but there is no question, this is not a situation of a company who was told there might be a contaminant in its product, they begged the FDA to self-regulate and then they never tested it again. That's not this case."

Johnson & Johnson has been under fire in the courtroom for years.

In March, another California woman won $29 million in a similar case. She claimed Johnson & Johnson products contributed to her mesothelioma.

In 2017, a jury ordered Johnson & Johnson to pay more than $4 billion in damages to a group of women who claimed its products led to their ovarian cancer.

Just last week, Johnson & Johnson initiated a voluntary recall of one lot of its baby powder after FDA testing found trace levels of asbestos contamination in samples from a single bottle purchased online.

The company said the recall was out of an abundance of caution.