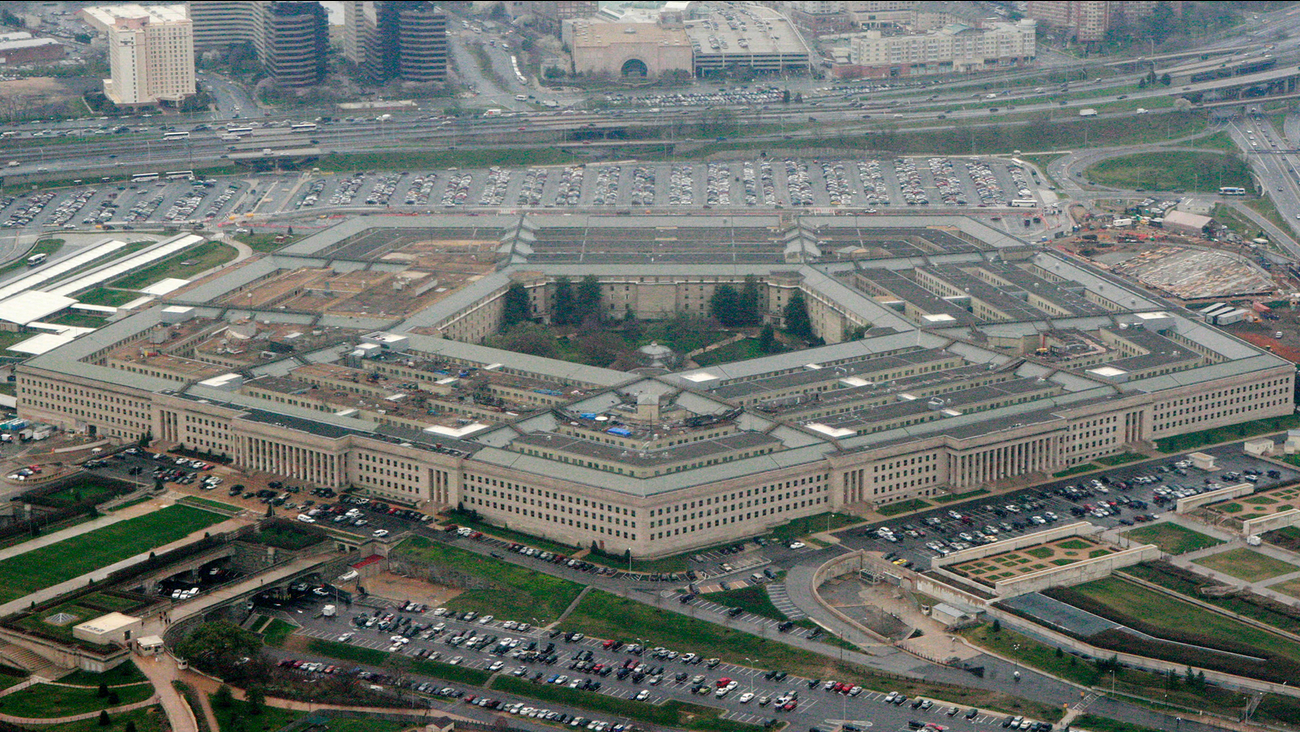 FILE - This March 27, 2008 file photo shows the Pentagon in Washington.

WASHINGTON, D.C. -- The chairman of the joint chiefs of staff and other top military leaders are under quarantine after a senior Coast Guard official tested positive for the coronavirus, two U.S. officials said.

Gen. Mark Milley and the chiefs of the Army, Navy and Air Force have tested negative for the virus, but remain under quarantine as a precaution, said the officials, who spoke on condition of anonymity to discuss information not yet made public.

The head of U.S. Cyber Command, Gen. Paul Nakasone, was also among those quarantined.

The officials said the military leaders were working from home and this has not affected military readiness.

Up to 14 officials are believed to have been potentially exposed to the virus after meetings last week with the vice commandant of the Coast Guard, Adm. Charles W. Ray, who has tested positive.

The officials were informed about the positive test on Monday. It is not known how Ray contracted the virus, but it was not believed to be related to the outbreak affecting President Donald Trump and others at the White House, the officials said
Report a correction or typo
Related topics:
health & fitnesswashington d.c.pentagonabc7ny instagramcoronaviruscovid 19
Copyright © 2020 by The Associated Press. All Rights Reserved.
More Videos
From CNN Newsource affiliates
TOP STORIES

3 dead after stabbings in 'suspected terror attack' in France

Cops out in full force night after mayhem in NYC
Fauci reveals when he thinks life will return to normal
Timeline: When will rain, snow from Zeta hit Tri-State area?
AccuWeather Alert: Flooding rain, possibly snow on Friday for some
Suspect shot during police investigation in Rockland County
Show More
Officer charged in death of son resigns from NYPD
The Countdown: Will COVID pandemic define remaining votes of the election?
Gunman opens fire on 2 teens, leaves 1 dead in NYC
Landlords warn NYC is on the 'brink of catastrophe'
1 person killed, others injured in Newark shooting
More TOP STORIES News