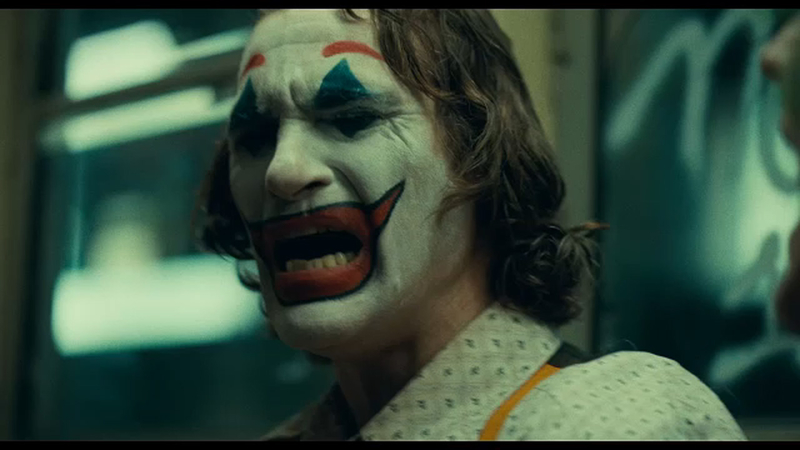 NEW YORK (WABC) -- The relatives of those who died in the mass shooting at a movie theater in Aurora, Colorado, back in 2012 have expressed concerns over the new film, "Joker," and the U.S. Army has warned troops about its violence.

The new film is a disturbing portrait of a very troubled person. The key word here is disturbing, and don't go in expecting "The Dark Knight."

There are no superheroes in this movie -- and no ordinary heroes either -- though we do get to meet the child who would become Batman.

This is what's called an origin story, meaning it seeks to explain how this mentally ill man became the villain known as The Joker in comic books and movies.

Joaquin Phoenix -- who lost 35 pounds to play this creepy guy -- gives an Oscar-worthy performance as Arthur Fleck, who makes a modest living as a clown.

He lives with his mother in a rundown neighborhood in Gotham City, and it doesn't help that Arthur has a condition that causes him to laugh at inappropriate times. You will remember Phoenix's laughter in your nightmares.

Fired from his job, Arthur tries stand-up comedy, which puts him on a collision course with a talk show host played by Robert De Niro.

Arthur is so bad that the host brings him on to make fun of him, and you know this is not going to end well when Arthur stops De Niro's character to ask, "When you bring me out, can you introduce me as Joker?"

This is a twist on De Niro's movie "The Comedian" and frequently echoes his classic, "Taxi Driver." Not as good for sure, but "Joker" is fascinating and well made, though I was really, really bummed out after seeing it.

An intense performance and flashes of explosive violence left me uneasy.

There are manymovies that have more violence, but few that leave you so upset. It's hard to watch, which is why "Joker" is destined to be admired more than loved.