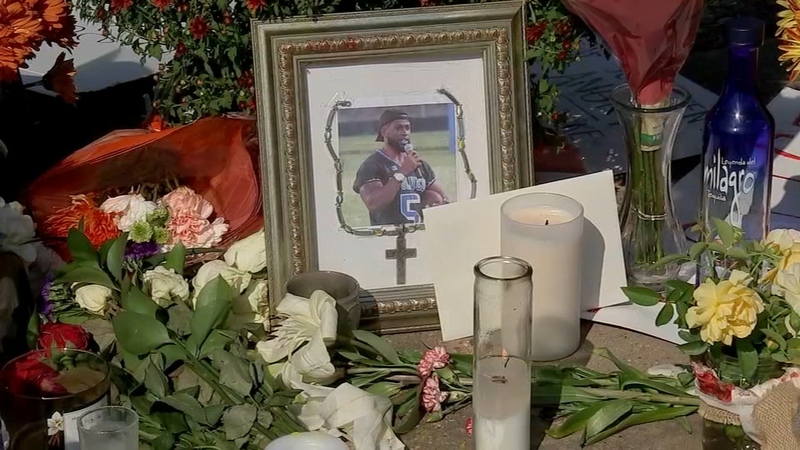 WOLFE CITY, Texas -- Texas Rangers decided to charge a Wolfe City police officer with murder after a 31-year-old man was stunned by a Taser and then shot to death.

Officer Shaun Lucas was booked into the Hunt County Jail in North Texas, according to Texas Department of Public Safety.

In a statement detailing the shooting that killed Jonathan Price, Texas Rangers said Lucas responded to a disturbance call for a possible fight in progress.

Lucas made contact with Price, who was reportedly involved in the disturbance. Lucas tried to detain Price, who investigators said resisted in a non-threatening posture and began to walk away.

The officer deployed his Taser and then discharged his service weapon, hitting Price.

Price was taken to a hospital, where he died.

According to the Texas Rangers, the preliminary investigation indicated the actions of Lucas were "not objectionably reasonable," leading to the charges.

Price was not armed during the incident.

"Based on the information that was sent to me, Mr. Price was unarmed. He was not aggressive and he had his hands up. Multiple witnesses have said that and I've been told by people that have seen the video that the video confirms it," said Lee Merritt, the civil rights attorney of Price's family.

Once Lucas was charged, Price's mother said she was able to get some sleep.

"(That) uplifted me since I know that he's locked up," said Marcella Louis, Price's mother. "I got some sleep after that."

WFAA-TV in Dallas reported Lucas had been released on $1 million bond.

A day after the shooting, WFAA reported witnesses seeing a couple arguing at a gas station when Price tried to step in to break it up.

Kyla Sanders was nearby and heard the commotion.

"The three gunshots went off and I turned and looked at them, and I said a cop just shot somebody," she recalled.

A number of family and friends have taken to social media to post about Price's death, some using #JusticeforJonathan on Facebook.

Price's cousin, Brian Grisby, made a visit to the gas station to pay his respects.

"(A) real good person, a people's person, did everything for a lot of people and never asked for anything in return," said Grisby.

Former MLB player Will Middlebrooks posted about his childhood friend on Facebook and has raised over $77,000 so far to help Price's family with a GoFundMe campaign.

Civil rights lawyer Lee Merritt has posted about the shooting, and held a press conference with Price's family members.

"When police arrived, I'm told, he raised his hands and attempted to explain what was going on," Merritt wrote on Facebook. "Police fired Tasers at him and when his body convulsed from the electrical current, they 'perceived a threat' and shot him to death."

The Hunt County District Attorney released the following statement regarding the shooting:

"In regards to the officer shooting in Wolfe City, Texas on Oct. 3, the Hunt County District Attorney's Office is in contact with the Texas Rangers and is aware of the arrest of Shaun Lucas for the offense of Murder.

Though an arrest has been made, our office has not received the case from the Texas Rangers as it remains an active and ongoing investigation.

As is customary, this case will be filed with our office once the investigation is complete. Until then, the thorough work of the Texas Rangers and others will continue. Our office will evaluate the case and present it to the Hunt County Grand Jury upon completion of the investigation.

Based on the ongoing status of the investigation, we will not comment on the facts of the case at this time."