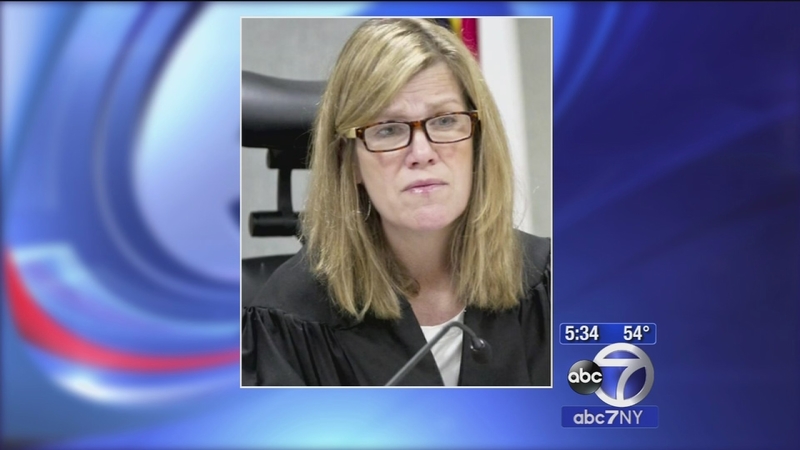 HOUSTON -- Authorities say a person of interest in the non-fatal shooting of a Texas judge last week has been charged with murder in an unrelated Houston slaying.

Austin Police Chief Art Acevedo says 28-year-old Chimene Hamilton Onyeri was charged Tuesday in the Houston killing and is being held in jail. Acevedo didn't give details of that case and the criminal complaint wasn't accessible online yet.

He says Onyeri is a person of interest but not charged in Friday's attack on Judge Julie Kocurek, who was wounded as she arrived at her Austin home.

The Austin American-Statesman reports that Travis County prosecutors filed a motion Aug. 28 seeking to have Onyeri's probation revoked after authorities in Calcasieu Parish, Louisiana, charged him with the unauthorized use of a debit card. Kocurek was considering that motion.

She remains hospitalized and her family said in a statement Monday that her condition has been improving every day.

Kocurek, a former prosecutor, was appointed to the 390th District court in Travis County, which includes Austin, by then-Gov. George W. Bush in 1999. Later, she became the only Republican elected to a state district judgeship in the left-leaning county, but switched parties and became a Democrat in 2006.

"Our hearts go out to Judge Kocurek and her family. We wish her a speedy recovery," the Texas Democratic Party tweeted Saturday. Republican Lt. Gov. Dan Patrick's office said he was praying for Kocurek's recovery and for Austin police "in apprehending those responsible."

She is perhaps best known for her statements after former Gov. Rick Perry was indicted on felony coercion and abuse-of-power charges by an Austin grand jury in August 2014.

Perry held a news conference where he vowed: "This farce of a prosecution will be revealed for what it is" adding that "those responsible will be held to account." Kocurek responded that that could be interpreted as a threat against members of the grand jury, and that they would be protected from Perry or anyone else since "no one is above the law."

Perry abandoned his presidential campaign in September, and now only faces the abuse-of-power charge, which is being reviewed by the state's highest court.

The judge also is overseeing the oft-delayed case of Mark Norwood, who has pleaded not guilty in the 1988 killing of an Austin woman, Debra Masters Baker. Norwood was convicted of the 1986 slaying of Christine Morton, whose husband wrongly spent nearly 25 years in prison for her death.