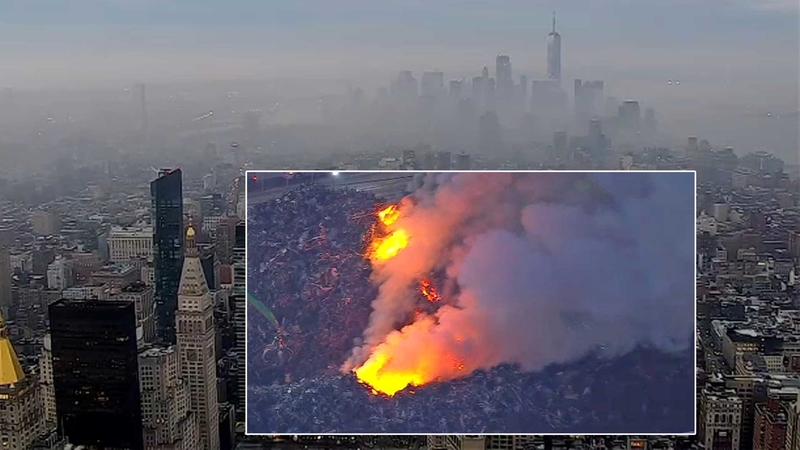 The fire broke out at the Eastern Metal Recycling Terminal on Calcutta Street at around 8:30 p.m. Monday was still burning by 5 p.m. Tuesday.

Video from NewsCopter 7 showed heavy flames and thick smoke rising from the scene.

Large excavators were moving around the burning debris are firefighters battled the flames.

Smoke was reported in Newark throughout the night, and is now drifting into Brooklyn and Manhattan, resulting in calls of smoke to the fire department.

Air quality has been affected and Meteorologist Jeff Smith says people with underlying conditions and even the average person might want to avoid outdoor activity.

Later, the plume should go off-shore when the wind shifts north later Tuesday.