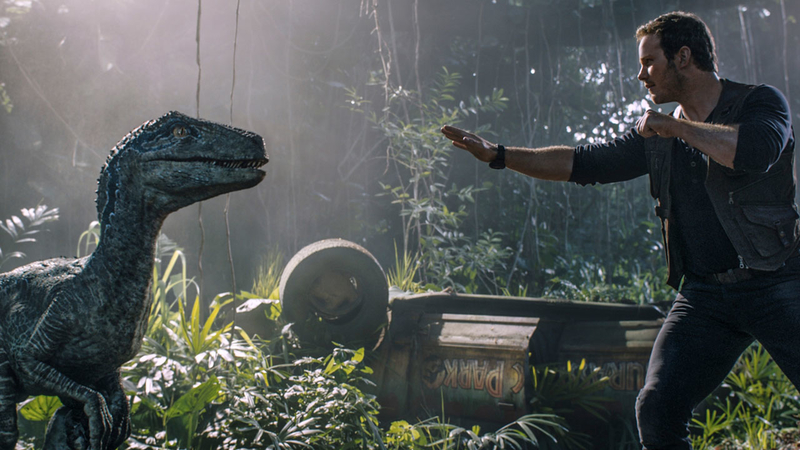 NEW YORK (WABC) -- This is the fifth in the series of films that began with Steven Spielberg's classic "Jurassic Park" a quarter of a century ago. The new one picks up after the events of the big hit from 2015 that reinvigorated the franchise.

How many trips to "Jurassic World" are too many? That's a question you will have to answer for yourselves.

By now, you know what you're going to get, though it helps that special effects keep improving, and the IMAX screens showing this have more clarity.

Fans of the genre will recall the monsters caused enough mayhem last time to destroy "Jurassic World," hence the name of this movie: "Fallen Kingdom."

A volcano has erupted within the wrecked theme park so now the giant creatures face extinction, and Bryce Dallas Howard's character gets recruited to help save them. In turn, she asks the dinosaur whisperer, played by Chris Pratt, to help.

Soon, both have returned to the wrecked island where his character, Owen, is reunited with the raptor named "Blue" he trained in the last film. Blue has grown-up since then, but one can't help feeling sympathy for what are essentially endangered species.

The humans, who are looking to use the dinosaurs as weapons, are the real bad guys here. An auction of the beasts with a group of arms dealers as buyers is clearly meant as a satire.

Truth be told, I heard plenty of giggles in the theater during more dramatic scenes, and I laughed loudest at some of the more serious parts: especially when the dinos just refused to die!