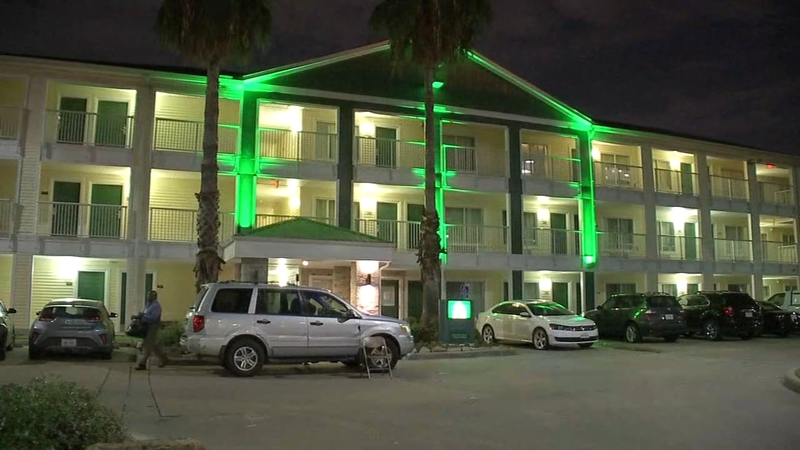 HOUSTON, Texas -- A woman found shot to death in a Texas motel room overnight was pregnant. Authorities believe she was around 19 years old.

Houston police received information that someone was shot to death inside a room at the HomeTowne Studios.

Investigators say that just after 2 a.m. Monday a man flagged down an officer at a movie theater. He told police he heard there was a woman who had been shot multiple times in room 239.

During a welfare check, authorities found the woman. Investigators say she was either in her third trimester or about to be.

"We talked to management. They didn't hear anything. No one reported anything suspicious to them up until this point when patrol units responded," said HPD Homicide Division Sgt. Joshua Horn.

Police believe the victim may have been dead in the room for a few days. She was shot in the face, nose, shoulder and leg, Sgt. Horn said.

Right now, officials are looking for Justin Herron, the person who rented the room for Aug. 2 - Aug. 9.

Herron is being called a person of interest, and police believe he is about 31 years old.

Authorities say he has a lengthy criminal background and was out on bond for driving a stolen vehicle and leading police on a chase back on July 6.

Herron lives in the Houston area.