Police dog killed in crash during pursuit on Long Island 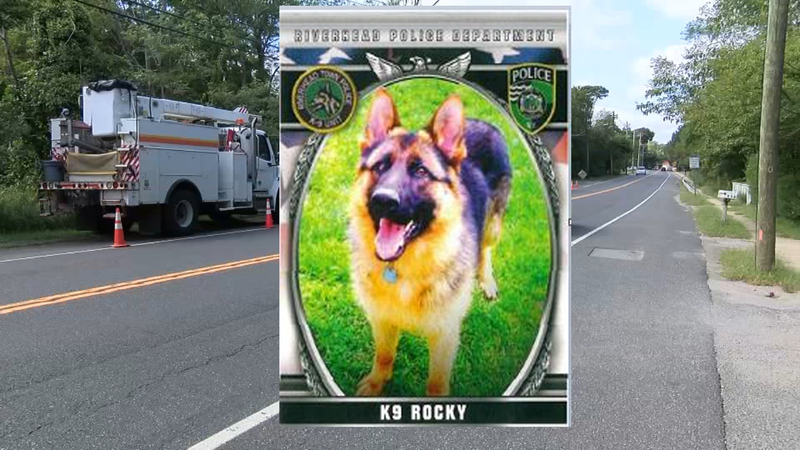 Police dog killed in crash during pursuit on Long Island

RIVERHEAD, Long Island (WABC) -- Authorities say a police dog was killed and two officers injured when a man tried to flee from a DWI checkpoint on Long Island early Sunday.

The Riverside Police Department was conducting the checkpoint on Peconic Avenue.

At about 2:30 a.m., police say a dark-colored Audi was directed to stop for further investigation but disregarded the commands to stop and instead drove off, striking the officer who had tried to interview him.

Police began a pursuit but called it off when it was deemed too dangerous.

A Riverhead K9 unit that had initially responded to assist the patrol units lost control of the vehicle on West Main Street and struck a utility pole, causing the K9 named Rocky to be ejected and killed.

The police vehicle ended up in a wooded area and sustained heavy damage.

Both the officer struck by the fleeing vehicle and the K9 handler involved in the accident were treated for non-life-threatening injuries, police said.

K9 Rocky had been in service with the Riverhead Police Department since May 2011.

Route 25 was closed between Mill Road and Raynor Avenue for the investigation.