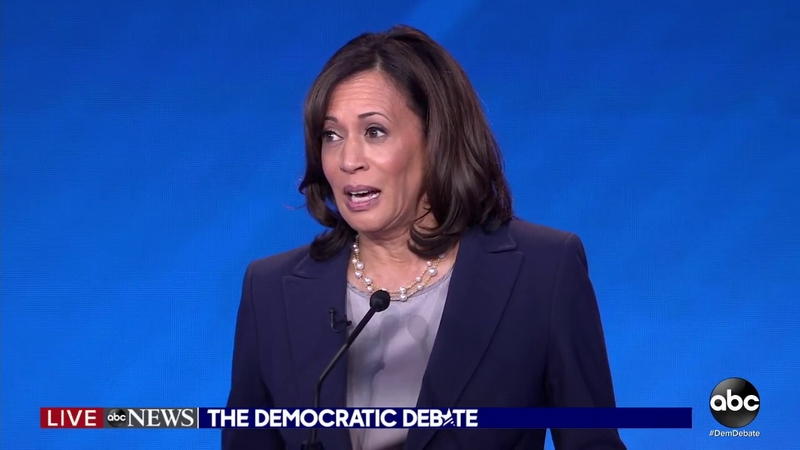 The California senator has taken flak since beginning her campaign for what some activists have described as an insufficiently progressive record during her prosecutorial career, culminating with service as the state's attorney general. But Harris has since rolled out a detailed criminal justice reform proposal, including the elimination of federal mandatory minimum sentences for drug offenders-- a policy blamed for increasing mass incarceration.

Harris said on Thursday that, as she became a prosecutor, "I made a decision that if I was going to have the ability to reform the system, I would try to reform it from the inside."

She said she was "absolutely not" able to do enough at the time. She continued, "But my plan has been described by activists as being a bold and comprehensive plan that is about ending mass incarceration, about taking the profit out of the criminal justice system."