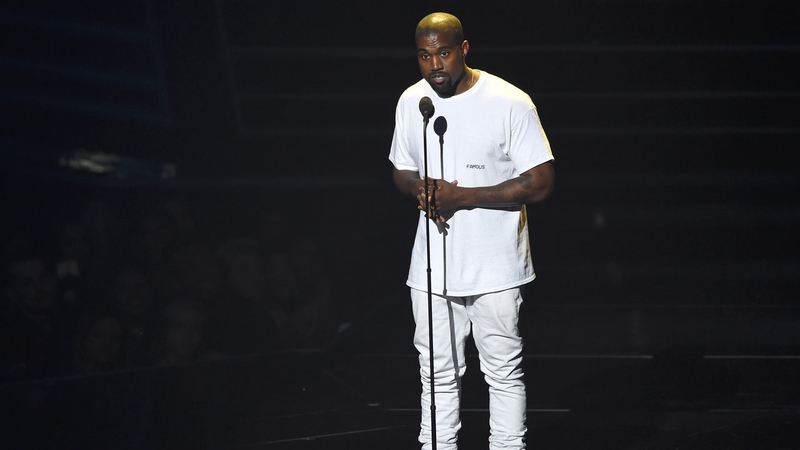 No one was talking outside Hollywood trainer Harley Pasternak's Los Angeles home, which is where West was rushed from by ambulance.

The LAPD and fire department would only say they responded to an address on N. Laurel Avenue at about 1:20 p.m. on a disturbance call that then became a "medical emergency," but authorities would not confirm the identity of the patient.

West went to the hospital voluntarily and under the consultation of his physician, though there was no word on his condition as of Monday night.

The rapper's admission comes after days of controversy for the star.

Kim Kardashian had been expected to make her first public appearance Monday night since she was tied up and robbed at gunpoint last month in Paris. It was to come at the Angel Ball, a charity event in New York honoring her late father, Robert Kardashian.

But amid the reports about West, she did not show up.

Her mother, Kris Jenner, and sisters Khloe and Kourtney Kardashian were on hand.

When asked how the couple was doing, Jenner simply smiled and said, "They're good."

A representative for West announced earlier in the day they were pulling the plug on the rest of his Saint Pablo tour dates but did not provide a reason for the cancellation.

The musician also abruptly ended a concert in Sacramento on Saturday, then canceled a performance Sunday in Inglewood.

KABC reached out to representatives of the musician but have not heard back.