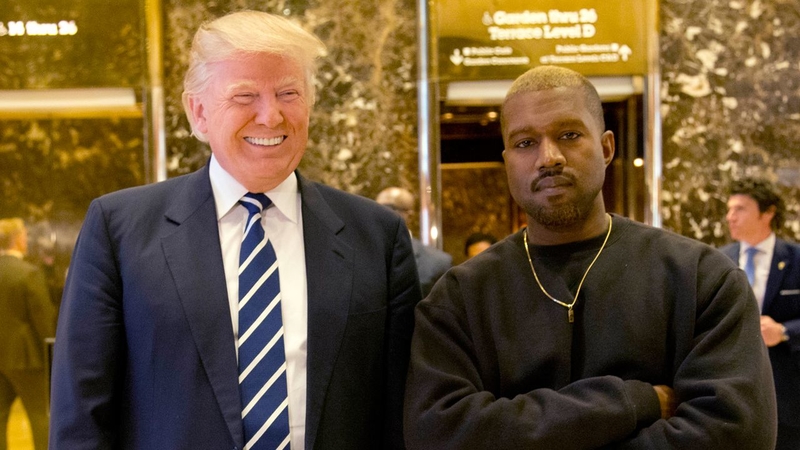 He arrived around 9:15 a.m. with a large entourage, and said "hey" but did not answer questions thrown at him. He was not accompanied by wife Kim Kardashian West.

West stood silently next to Trump for photos in the lobby of Trump Tower after their meeting. Asked why he wasn't speaking, West said, "I just want to take a picture right now."

As they left, Trump hugged West and said, "You take care of yourself. I'll see you soon."

Here's video of the post-meeting appearance:


Following the public appearance, West took to social media to explain the reason for the meeting:

I wanted to meet with Trump today to discuss multicultural issues.

And he continued his explanation:

I feel it is important to have a direct line of communication with our future President if we truly want change.

The 39-year-old West recently spent more than a week in Ronald Reagan UCLA Medical Center in Los Angeles for stress and exhaustion. Days before his hospitalization, he abruptly canceled his U.S. concert tour.

West was rushed by ambulance to UCLA from the home of his Hollywood trainer Harley Pasternak on Nov. 21. The trainer, who also works with Kardashian West, said the rapper was suffering from exhaustion and sleep deprivation.

During a concert in San Jose, California, last month, West said he didn't vote for president, but if he had, he would have cast a ballot for Trump. He also praised the president-elect's "method of communication" as "very futuristic" and spoke about his plans to run for that office in 2020, saying that he will become "a different kind of president."