3-month-old dies days after falling from mother's arms during fight between mom, another woman 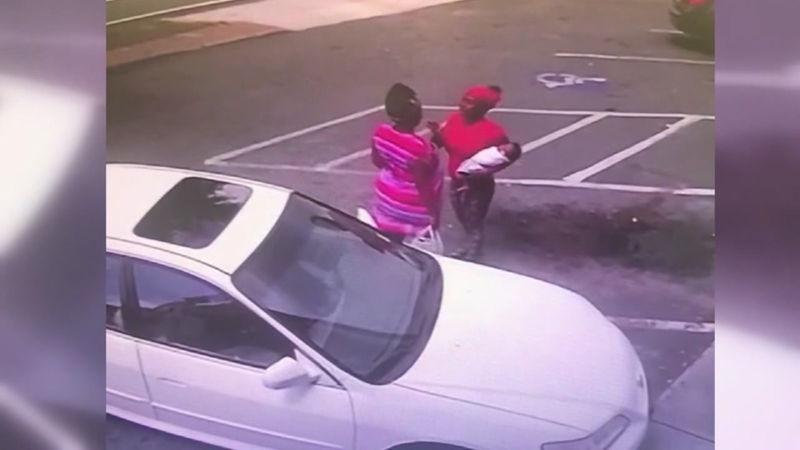 MOULTRIE, Ga. -- A Georgia woman is accused of dropping and fatally injuring her 3-month-old during an altercation with another woman.

Moultrie Police Lt. Freddie Williams says Harrison got into a fight Friday with a woman at a beauty supply store and dropped the baby onto the pavement. The baby was taken to the hospital Saturday with a head injury where he later died.

Harrison told police the baby was injured when he fell from family friend Carneata Clark's arms. Clark corroborated the story. She's charged with false statements and obstruction of an officer.

The other woman involved in the fight hasn't been charged.