Dozens of swastikas found in new concrete in Brooklyn 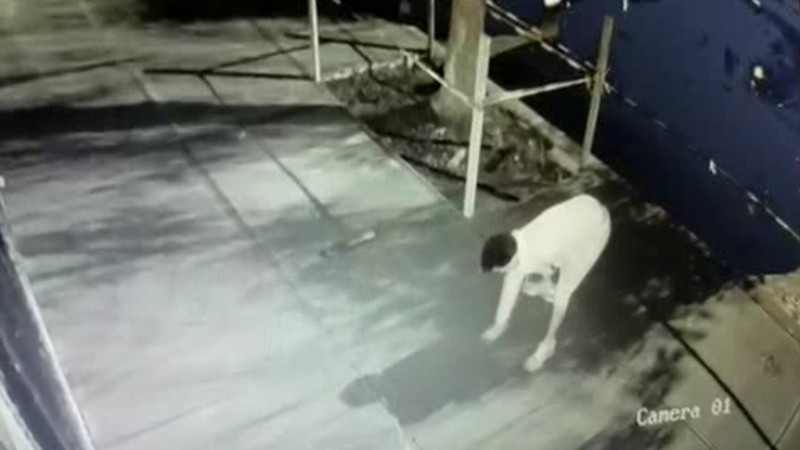 Dozens of swastikas found in new concrete in Brooklyn

KENSINGTON, Brooklyn (WABC) -- Messages of hate were etched into the concrete in Brooklyn.

A man was caught on camera making dozens of swastikas in some newly poured concrete in the Kensington section.

"You see that on the floor?" Assemblyman Dov Hikind said.

Assemblyman Hikind showed it to children Monday night, maybe so they would know how serious it is.

Adults in the neighborhood, already know.

"This is really disturbing, this is a very diverse neighborhood and I'm surprised that someone would come to this neighborhood and would have this message to bring," said Kate McMahon, a resident.

Surveillance video shows someone, with a light, came upon the wet cement, it was poured during the day of Friday, and drew nearly 30 swastikas in it.

"It's actually disgusting, knowing my grandma is a Holocaust survivor and we live across the street, it's rude," said Daniel Bektel, a resident.

"When you do a swastika that is the ultimate symbol of hate," Assemblyman Hikind said.

The video shows one thing clearly. This wasn't a momentary lapse in judgment. The guy on the tape, he meant it.